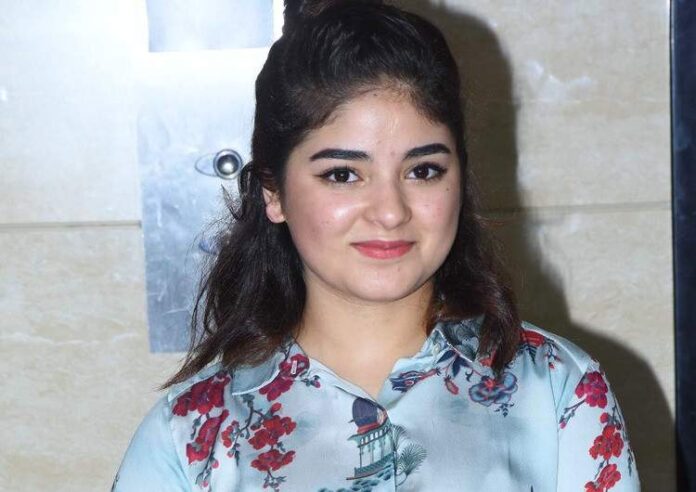 The Dangal girl Zaira Wasim is an Indian film child actress. She is recognized by her Fabulous role as Indian Sportswoman Geeta Phogat. From that point, there has been no looking back for Zaira Wasim.

Her appearance in the film was highly praised by critics and she also won the National Film Award for Best Supporting Actress for her performance in Dangal. But, Somehow she quits her acting career due to her Islamic Religion.

Born on 23 October 2000, this Kashmiri Girl turns 20 years old in the year 2020. She stands tall on his feet with a height of 155 cm in centimeters and 5’1” in feet and inches. She possesses a healthy and fit figure with a weight of 50 kg in Kilograms and 110 lbs in pounds. She looks very attractive with her black eyes, black hair, and a fair complexion.

According to the sources, the estimated net worth of ZairaWasim’s was $1 Million Dollar as of 2019.

She grew up in a High-class Muslim Family where her father Zahid Wasim is an Executive Manager of Jammu and Kashmir Bank while her Mother Zarqa Wasim is a Teacher. She was a dear sister of her brother Zoraiz Wasim.

She completed her High School from St. Paul’s International Academy of Sonwar, Jammu, and Kashmir and Secured 92% in board exams. She pursued her Secondary Education from Heritage School of Jammu.

Zaira made her debut in the highly praised sports film Dangal in 2016. She played the role of youthful GeetaPhogat, who won the Gold medal for Commonwealth Asian Games.

She turned into an overnight sensation with the role that earned her few awards including National Film Award for Best Supporting Actress and a Filmfare award for Best Female Debut Nomination. In 2017 she makes her second appearance in AamirKhan’s  Secret Superstar. 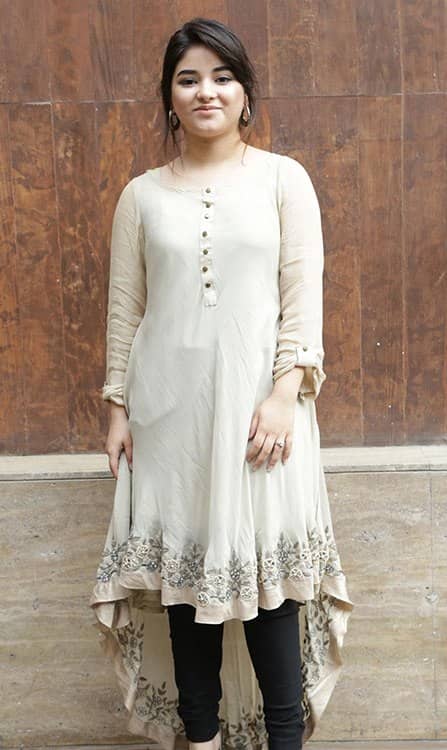