Zaheer Khan is one of the most successful Indian pace bowlers who played all forms of the game for the Indian national team from 2000 till 2014. He is well known for his hostile seam and pace bowling, and the ability to “move the ball both ways off the wicket and swing the old ball at some pace.”

He ended up as the joint highest wicket-taker for India in the 2011 World Cup with his master in the reverse swing.

He seems younger with his Brown eyes and Black hair. His body measures 42 inches chest, 34 inches waist and biceps size is 14 inches approximately.

According to the sources, the estimated net worth of Zaheer Khan is $10 Million approx.

Zaheer was born and raised up in Shrirampur, Ahmednagar, Maharashtra, India, and belongs to Islam Family. He is born to his father Bakhtiyar Khan (Photographer) and his mother Zakia Khan (Teacher).

He started playing cricket for Baroda in 1999. He marked his International debut in Indian National Team in 2000 against Bangladesh and taken 311 Test wickets at an average of just over 32 runs per wicket.

In the same year, he debuted in ODI against Kenya and taken 282 ODI wickets at an average of just over 29 runs per wicket. In 2006, he made his T20 debut against South Africa. In 2015, he announced his retirement from international and first-class cricket.

Apart from that, he is a part of many Domestic Teams such as Worcestershire, Mumbai, Royal Challengers Bangalore, Delhi Daredevils, Mumbai Indians, and others. In 2017, he was appointed as a bowling consultant for the India national cricket team. 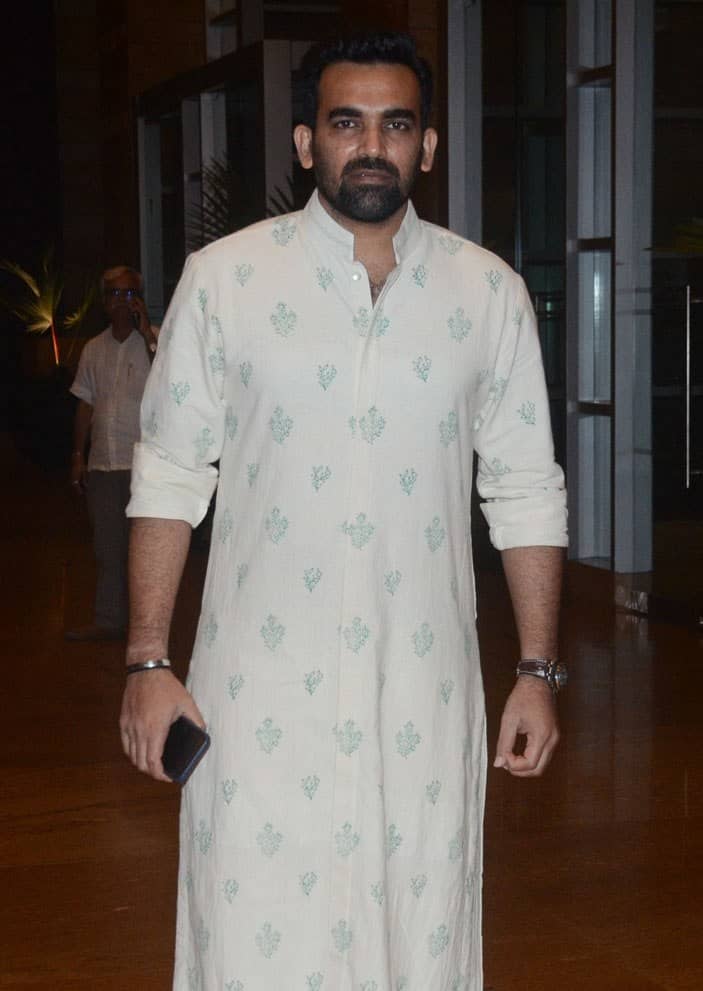 Some Interesting Facts About Zaheer Khan