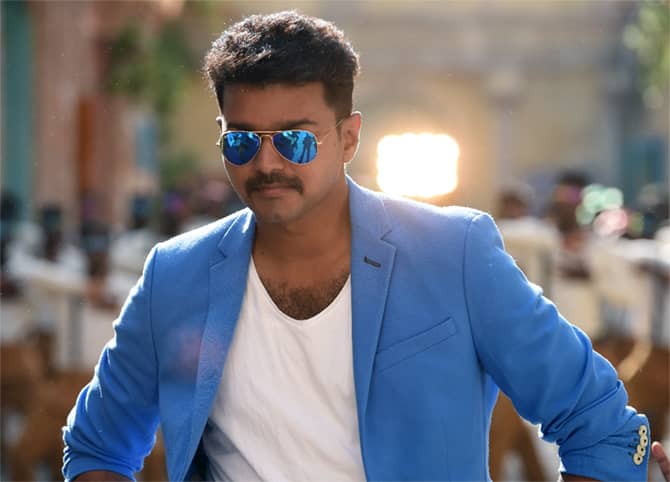 Vijay is an Actor, Producer, and Singer who developed his body, his voice, and his mind for Acting and Singing. He is an esteemed South Actor and Singer too who mainly works in Kollywood (Tamil Cinema) films.

His real birth name is Joseph Vijay Chandrasekhar. Today’s generation is crazy about Vijay’s signature dance steps. He has a huge fan following not only in India but in China, Japan, UK, and France too.

He seems very fit and healthy and weighs 73 Kg in kilograms and 161 lbs in pounds approximately. His dark brown eye color and his black hair make his personality even more dapper.

According to the sources, the estimated net worth of Vijay is 355 crores in INR or $56 Million.

Vijay was born and raised up in Chennai, India, and belongs to Roman Catholic. He is born to S. A. Chandrasekhar (Father) and Shobha (Mother). He completed his schooling from Balalok Matriculation Higher Secondary School and further enrolled at Loyola College to complete his graduation in Visual Communications. Thereafter, he dropped out of college as he wants to focus more on his career.

He commenced his career at the age of 10 years as a child artist with the film Vetri (1984). His first film was directed by his father S. A. Chandrasekhar. Moreover, he acted in many films as a child artist such as Kudumbam, Vasantha Raagam, Sattam Oru Vilayaattu, and Ithu Engal Neethi, and in 1985 in the film, Naan Sigappu Manithan, starring Rajinikanth he also acted as a child artist.

He made his debut with the film Naalaiya Theerpu as the main actor in 1992. He got his first breakthrough in 1996 with the film Poove Unakkaga. This film made him an established star. Furthermore, he gave continuous super hits films including Kaalamellam Kaathiruppen, Vasantha Vasal, Maanbumigu Maanavan, and Selva.

For the films like Kadhalukku Mariyadhai, and Thulladha Manamum Thullum he awarded ‘Tamil Nadu State Film Award for Best Actor. After that, he starred opposite Priyanka Chopra in the film Thamizhan in 2002. In 2004, his film Ghilli becomes 1st Tamil film to cross 500 million in the domestic box-office.

After that, he acted in Prabhu Deva’s Pokkiri in 2007 which became the 3rd highest-grossing film of the year 2007. This film becomes 1st Tamil film to run for complete 100 days in the theatre in Kerala. In 2011, he featured in the film Kaavalan which was a remake of the Malayalam film Bodyguard.

This film is also screened at the Shanghai International Film Festival in China. In 2012 he marked his appearance in the remake of ‘3 Idiots’, ‘Nanban’. In this film, he played the role of ‘Rancho’. In 2012, he made a cameo in Rowdy Rathore which was directed by Prabhu Deva and starring Akshay Kumar.

His next film Thuppakki in 2012 entered in 1Billion club. In 2017 his film, ‘Mersal’ become his career’s highest-grossing film which was also released in 4 major cities of Japan and also premiered in China. His film, ‘Sarkar’ in 2018 breaks the records of many Hindi films such as Aamir’s Thugs of Hindostan, Gold, and Raazi in 2018. As a Playback Singer, he recorded 32 songs.

He married Sangeeta Sornalingam on 25 August 1999. They blessed with two children Divya and Jason. 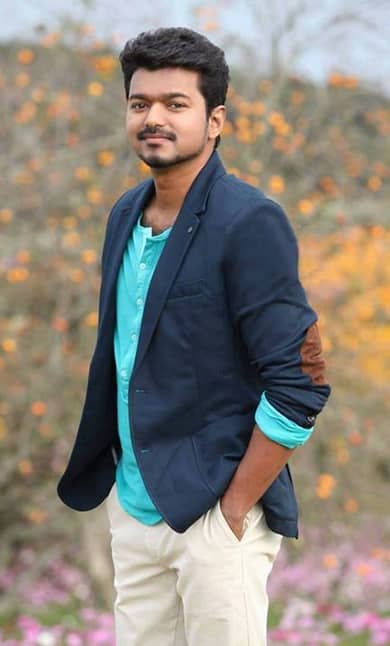 Some Interesting Facts About Vijay