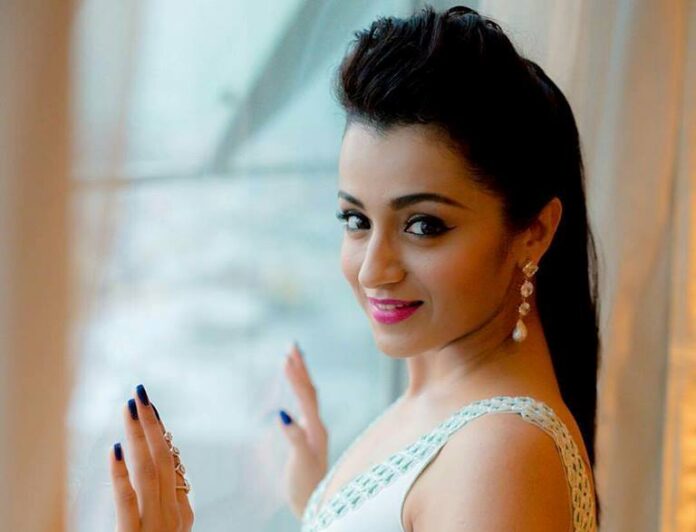 The Glamourous and Sizzling, Trisha Krishnan is an Indian Actress and Model who predominantly works in South Indian films where she established herself as a leading actress. She also worked in Bollywood movies too. Trisha is an Ambassador of the PETA organization. She also won the ‘Miss Madras’ beauty pageant in 1999.

According to the sources, the estimated net worth of Trisha Krishnan is 59 crores in INR.

Trisha was born and raised up in Pallakad, Kerala, India, and belongs to Tamil Palakkad Iyer Family. She is born to Krishnan (Father) who was a General Manager at a five-star hotel in Hyderabad and Uma Krishnan (Mother).

She completed her schooling from Sacred Heart Matriculation Hr Sec School in Chennai and further enrolled at Ethiraj College for Women in Chennai to pursue her graduation in Bachelor of Business Administration (BBA).

She initiated her career as a model in 1998 when she was pursuing her graduation. In 1999, she won two beauty pageants Miss Salem and Miss Madras respectively. In 2001, Trisha won the title of ‘Miss Beautiful Smile’. In 1999, she made her acting debut with Tamil Film Jodi. In this film, she played the role of ‘Gayathri’s friend.’

After this, she featured in the music video of Falguni Pathak‘s song ‘Meri Chunar Udd Udd Jaye’ alongside Ayesha Takia. In 2002, Trisha made her debut in a lead role with the film “Mounam Pesiyadhe”.

Trisha acted in several commercially hit films including Saamy’, ‘Ghilli’ ‘Kireedam’, ‘Bheemaa’, ‘Sarvam’, ‘Vinnaithaandi Varuvaayaa’, ‘Mankatha’, ‘Endrendrum Punnagai’, ‘Aranmanai 2’, ‘Kodi’, ’96’, and ‘Petta’. In the 2003 film “Nee Manasu Naaku Telugu,” she made her Telugu Debut with Jyothi Krishna in which she played the role of Preethi.’

She featured in many successful Tamil films such as ‘Varsham’, ‘Nuvvostanante Nenoddantana’, ‘Pournami’, ‘Aadavari Matalaku Arthale Ferrule’, ‘Krishna’, ‘Bodyguard’, ‘Lion’, and ‘Nayaki’. In 2010, she made her Bollywood debut with the Priyadarshan’s film “Khatta Meetha” as ‘Gehna Ganphule’ but the film was a commercial and critical failure.

Trisha was in a love affair with Actor Rana Daggubati. In 2015, she got engaged to Chennai-based-businessman and film producer, Varun Manian but later they both had a quarrel. She also linked up with many famous actors such as Dhanush, Vijay, and Prabhas. 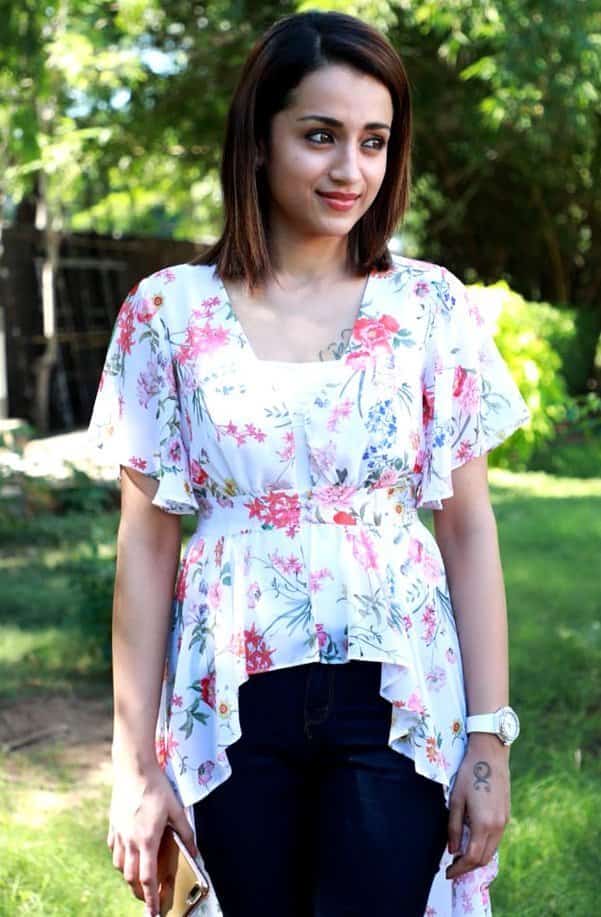 Some Interesting Facts About Trisha Krishnan