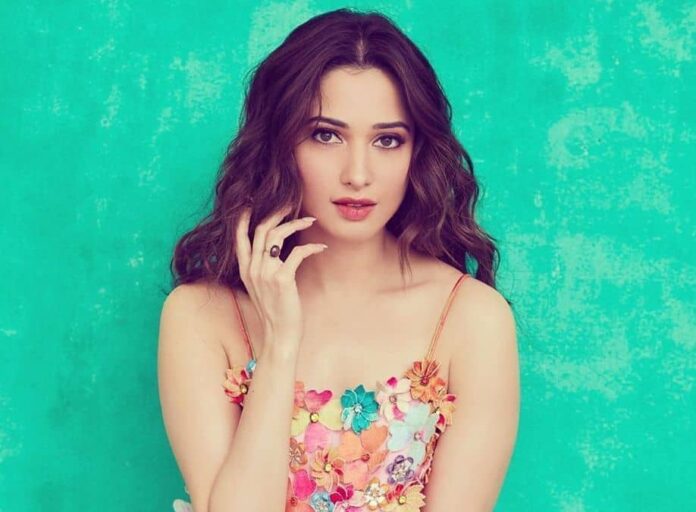 The Bold and Stunning Tamannaah Bhatia aka Tamannaah is an Indian Actress, Model, and Dancer who prominently works in Telugu and Tamil Film Industry. She also worked in several Hindi language films.

For her white complexion, she is also known as Milk Beauty among her fans. One of the best-decorated actresses, Tamannaah is also well known as the highest-paid actress in South Indian Film Industry.

This Stunning beauty Tamannaah Bhatia seems tall with a height of 165 in centimeters and 5’5” in feet & inches. Born on, 21 December 1989 this beautiful Diva has turned 31 years old in the year 2020. She possesses a healthy and fit figure with a weight of 55 in kilograms and 121 lbs in pounds.

Her body shape is Hourglass which is complemented by her beautiful Hazel eyes and her silky long Black hair. She is very conscious about her physique as she maintains herself by doing daily yoga and body exercises and her figure measurements are 33 inches breast, 28 inches waist, and 35 inches hips.

According to the sources, the estimated net worth of Tamannaah Bhatia is 112.50 crores in INR.

This Milky Beauty was born and raised up in Mumbai, Maharashtra, India, and belongs to a Punjabi family background of Sindhi descent. She is born to the Diamond Merchant Santosh Bhatia (Father) and Rajani Bhatia (Mother).

She is the lovely sister of her brother Anand Bhatia. In order to complete her schooling, she went to Maneckji Cooper Education Trust School, Mumbai and further enrolled in National College, Mumbai to pursue her graduation in Bachelor of Arts (Distance Education).

She has been working in stage plays from the age of 13. Later, she went to Prithvi Theatre in a Mumbai for a year. Further to this, she commenced her acting career just after passing out 10+2. In 2005, she featured in a song “Lafzo Mein” from the album ‘Aapka Abhijeet’. She marks her acting debut with the Bollywood movie ‘Chand Sa Roshan Chehra’.

Moreover, she also marks her impression in the Tamil and Telugu film Industry. She makes her appearance in hit movies like Ayan, Paiyaa, Siruthai, Veeram, Dharma Durai, Devi, Sketch, and Telugu films-  100% Love, Thadaka, and many more.

After giving so many hits in the industry she makes her appearance in Indian Highest grossing movie Baahubali: The Beginning and Baahubali 2: The Conclusion. In this film, she portrayed the role of Avanthika, a Warrior Princess of an unspecified era. The film praised by critics and the audience and received positive reviews.

In 2013, she made her comeback to Bollywood with Sajid Khan’s Himmatwala alongside Ajay Devgn but the film met a disastrous end at the box office. In this film, she reprised the role of legendary actress Sridevi but she matched Sridevi in terms of Glamour but failed in terms of acting skills.

Furthermore, she also featured in a couple of Bollywood movies like Humshakals and Entertainment. Later to this she back to Telugu films and did back-to-back Telugu and Tamil films in 2018. She appeared in movies including Sketch, Naa. Nuvve, Next Enti.

She briefly dated Virat Kohli, an Indian Cricketer. Further to this a rumored was hears that she is dating a US-based Physician. 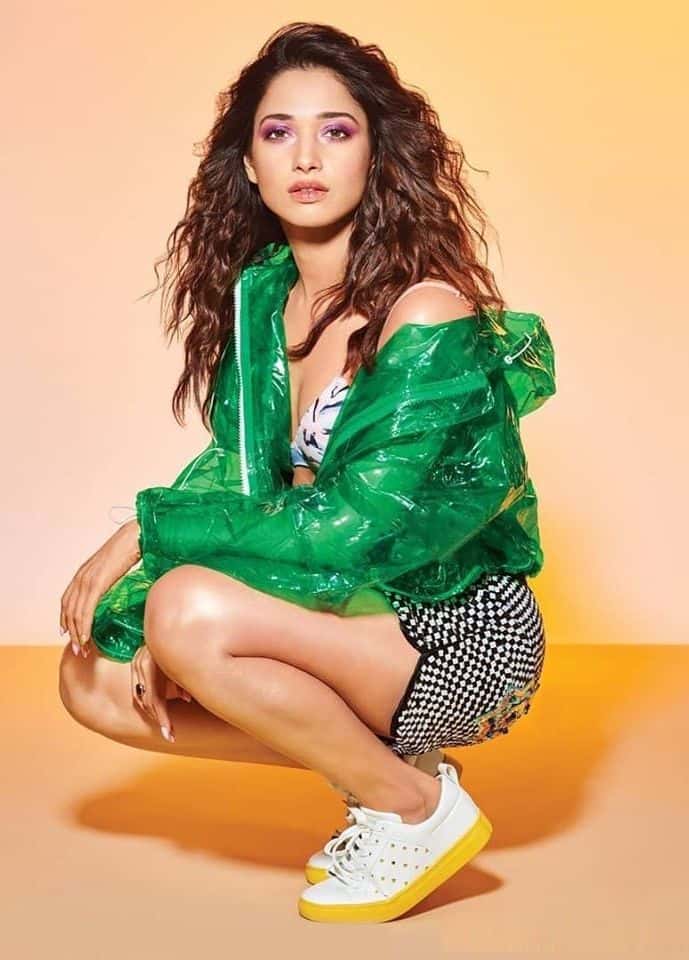 Some Interesting Facts About Tamannaah Bhatia