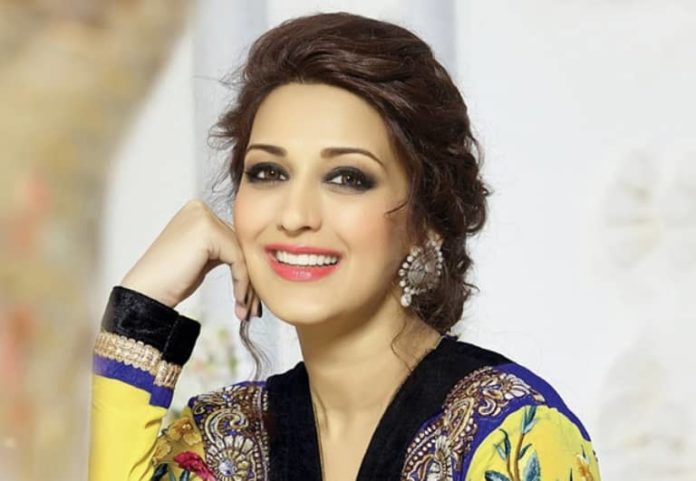 If we said that Beauty is being the best possible version of yourself and this line is well proved by the gorgeous Indian Actress, Author and Model, Sonali Bendre Behl who is primarily worked in Hindi, Telugu, and Tamil language films.

A fashion show at her college turned her path into modeling as she never aspired to become a model. She came to the spotlight and gained huge popularity with famous films such as Diljale in 1996, Hum Saath-Saath Hain in 1999, and Sarfarosh as well.

In addition to this, this gorgeous lady has stolen the heart of many people with her stunning looks and acting skills. She has a cute smile, beautiful looks with an attractive and charming personality. On 4 July 2018, she disclosed that she has been diagnosed with metastatic cancer.

This gorgeous actress seems tall with a height of 168 in centimeters and 5’6” in feet & inches. Born on 1 January 1975 this beautiful actress has turned 46 years old in the year 2021. She possesses a healthy and fit figure with a weight of 55 kilograms and 121 lbs in pounds.

Her body is complemented by her beautiful brown eyes and her black hair. Her figure measurements are 32 inches breast, 28 inches waist, and 32 inches hips.

According to the sources, the estimated net worth of Sonali Bendre is $20 Million approx.

Sonali was born and raised up in Mumbai, Maharashtra, India, and belongs to a middle-class Hindu Chandraseniya Kayastha Prabhu (CKP) family. She is the lovely daughter of her father Jit Bendre who worked in CPWD and her mother Roopsi Bendre. She also has two sisters named Rupa Ranadive (Elder) and Gandhali Paranjape (Younger).

As of her education, she completed her school education at various schools such as Kendriya Vidyalaya Malleswaram, Bengaluru, Holy Cross Convent High School, Thane, and Welham Girls School, Dehradun. Thereafter, she enrolled herself into Ramnarain Ruia College to pursue her graduation.

As per her career, she started her career as a model and after that, she was cast in the film ‘Ram’ but this film was never made. After that, she made her debut at the age of 19 with the film “Aag” and also won Filmfare Award for Lux New Face of the Year and the Star Screen Awards for Most Promising Newcomer for this film.

She was awarded Filmfare’s Sensational Debut award for the film “Naaraaz” in 1994. After that, she established herself as a leading actress and appeared in many films such as Rakshak, Diljale, Apne Dam Par, English Babu Desi Mem, and Sapoot in the year 1996.

Thereafter, she featured in the films included Keemat, Humse Badhkar Kaun, Major Saab, Bhai, Tarazu, Qahar, Angaaray, and Zakhm in 1997 and 1998. After that, she was cast opposite Shah Rukh Khan in the film Duplicate. Later, she was seen in two Tamil films: Kadhalar Dhinam and Kannodu Kanbathellam in 1999.

She also appeared in famous films such as Hum Saath-Saath Hain, Dahek, and Sarfarosh in the same year. She featured in a brief cameo role in the film like Chal Mere Bhai and Dhai Akshar Prem Ke in 2000. Then, she made her Kannada debut with the movie Preethse and in the same year, she starred in Jis Desh Mein Ganga Rehta Hain.

She made her Telugu debut with the film Murari in 2001 with famous actor Mahesh Babu and was also nominated for a Filmfare Award for Best Actress in Telugu for this film. Next, she acted in 3 Telugu films: Indra, Khadgam, and Manmadhudu in 2002 and made her Marathi debut with Anahat in 2003.

She also made a special appearance in the film Kal Ho Naa Ho. She was last active in the year 2004 where she worked in the films like Shankar Dada MBBS and Aga Bai Arrecha. In 2012, she made her comeback with the movie Once Upon a Time in Mumbai Dobaara!.

Reflecting on her personal life, she tied the marriage knot in 2002 with Filmmaker, Goldie Behl with whom she welcomed a son named Ranveer Behl. She was in a rumored relationship with Politician, Raj Thackeray. 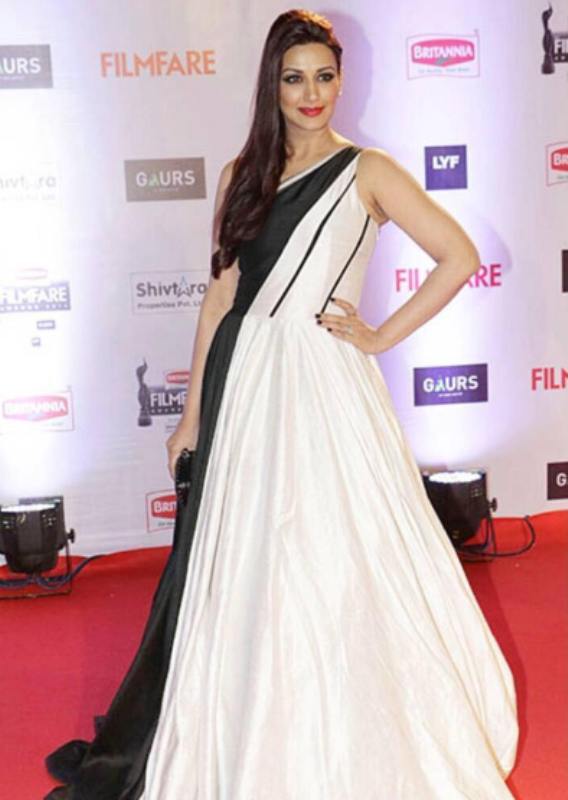 Some Interesting Facts About Sonali Bendre