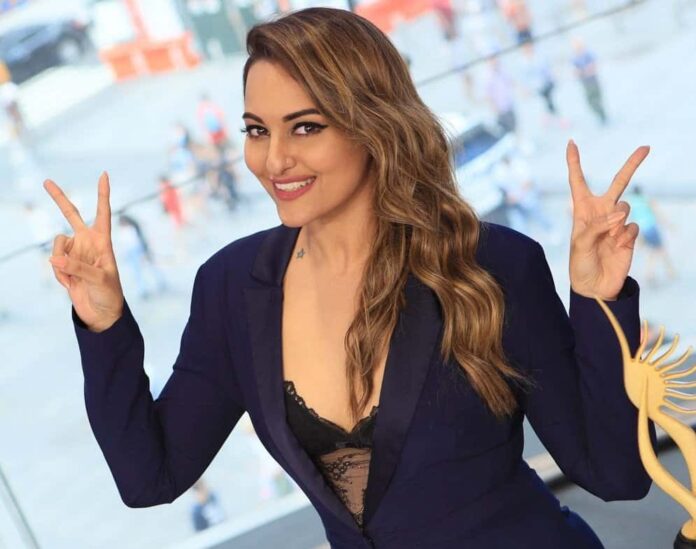 The ‘Shotgun Junior’ aka Sonakshi Sinha is an Indian actress and singer who primarily work in Bollywood films. She is well known as Sona among her fans. She came to limelight after mark her appearance in the movie ‘Dabangg’ alongside Salman Khan.

She is an outgoing and straightforward personality and also one of the highest-paid actresses of the Bollywood industry. She is also one of the famous star kids of B-Town.

This Sizzling Sonakshi Sinha seems tall with a height of 169 in centimeters and 5’6” in feet & inches. Born on, 2 June 1987, this beautiful Diva has turned 33 years old in the year 2020. She possesses a healthy and fit figure with a weight of 70 in kilograms and 154 lbs in pounds.

Her body shape is complemented by her beautiful Dark Brown eyes and her silky long Black hair. She has the figure measurements of 35 inches breast, 27 inches waist, and 36 inches hips.

According to the sources, the estimated net worth of Sonakshi Sinha is $10 Million approximately.

Sona was born and brought up in Mumbai, Maharashtra, India, and hails to a Hindu family. She is the lovely daughter of celebrity Shatrughan Sinha (father) and Poonam Sinha who is a homemaker. She grew up with two elder brothers Luv Sinha and Kush Sinha.

In order to complete her education, she went to Arya Vidya Mandir, Mumbai, and further enrolled to Shreemati Nathibai Damodar Thackersey Women’s University (SNDT), Mumbai to pursue her graduation in fashion designing.

She had no interest to become an actress but destiny serves it. She started her acting career in 2010 with the superhit debut Hindi movie ‘Dabaang’ opposite Salman Khan. In this film, she played the role of Rajjo Pandey. After the huge success of this movie she got immense fame and started getting offers for films from popular directors.

Moreover, she featured in many hit movies including Rowdy Rathore, Son of Sardaar, Dabangg 2, and Holiday: A Soldier Is Never Off Duty. Further to these films, her career started to fluctuate with the exception of Mission Mangal (2019) in which she appeared as a supporting actress.

In 2016 she made her official singing debut with the song ‘Aaj Mood Isqholic Hai’. In the span of 2015-2017, she appeared as a Judge in shows like Indian Idol’, ‘Indian Idol Junior’, ‘Nach Baliye’.

She has been in a relationship with Aditya Shroff but it is not clarified yet. 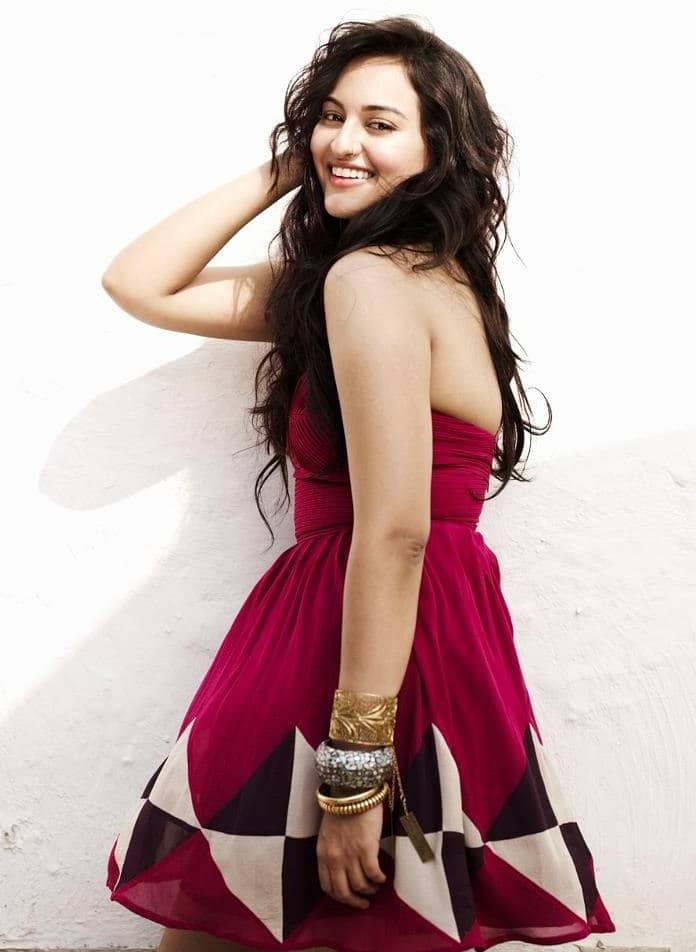 Some Interesting Facts About Sonakshi Sinha