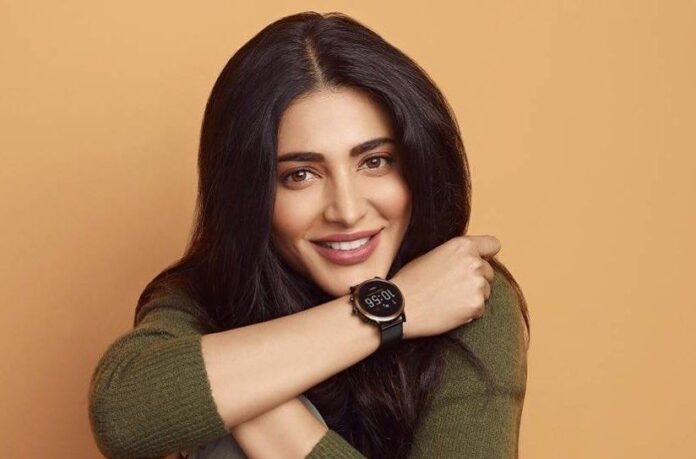 The Daughter of Versatile Actor and Politician Kamal Hassan, Shruthi Hassan is an Indian Actress, Model, and Singer who predominantly works in Tamil, Telugu, and Hindi Films. She established herself as the leading actresses of South Indian Cinema and she is also one of the highest-paid actresses in South Indian Cinema. She is the recipient of three Filmfare awards for her marvelous performances in movies.

Born on 28 January 1986, the gorgeous Shruthi Hassan has turned 34 years old in the year 2020. She appears to be tall with a height of 170 in centimeters and 5’7” in feet & inches. She has a healthy physique and maintains herself with a weight of 55 in kilograms and 121 lbs in pounds.

She has Hazel Brown eyes and Silky Black Hairs which is complemented by her beautiful face. She possesses a fit and healthy figure with the measurements of 34 inches breast, 27 inches waist, and 34 inches hips.

According to the sources, the estimated net worth of Shruthi Hassan is $6 Million approximately.

Shruthi Hassan was born and brought up in Madras, Tamil Nadu, and belongs to the Hindu Iyengar Brahmin family. She was born to legendary Indian Actor Kamal Hassan (Father) and popular Indian Actress Sarika Thakur (Mother). She has a sister named Akshara Hassan who is also an Actress.

Shruthi completed her schooling from Abacus Montessori School, Chennai, and Lady Andal School in Chennai and further enrolled in St. Andrew’s College in Mumbai to pursue her degree in Psychology. Later she moved to the United States to learn music from the Hollywood Music School in California.

She starting her acting career through the Tamil-Hindi Bilingual film ‘Hey Ram’ in 2000 which was directed by her father Kamal Hassan.  In this film, she appeared as a Vallabhbhai Patel’s daughter. In 2009, in a multi starrer Hindi film ‘Luck’ she debuted as a leading actress.

This film went flop and Shruthi received huge criticism for her poor acting skills from many renowned Indian Film Critics. Later in 2011, she made her Tamil Debut alongside Siddharth in the film ‘Anaganaga O Dheerudu’ and the film received good reviews, and Shruthi was praised for by critics for her performance.

In 2019, in the American action drama ‘Treadstone’ she played the role of ‘Nira Patel’. In 2020, in the short film ‘Devi’ she acted alongside actors like Kajol, Neha Dhupia, and Neena Kulkarni.

In 2010 she dated Indian Actor Siddharth Suryanaryan. In 2011, there was a rumor that she is dating Dhanush but in 2012 she denied all these rumors and said they were just good friends. In 2013, she dated the son of Nagarjuna, Naga Chaitanya but later the couple got separated.

Her name was also linked up with Indian Cricketer Suresh Raina. In 2016 she started dating London based theatre artist Michael Corsale but the couple got separated in 2019 due to their long-distance relationship. 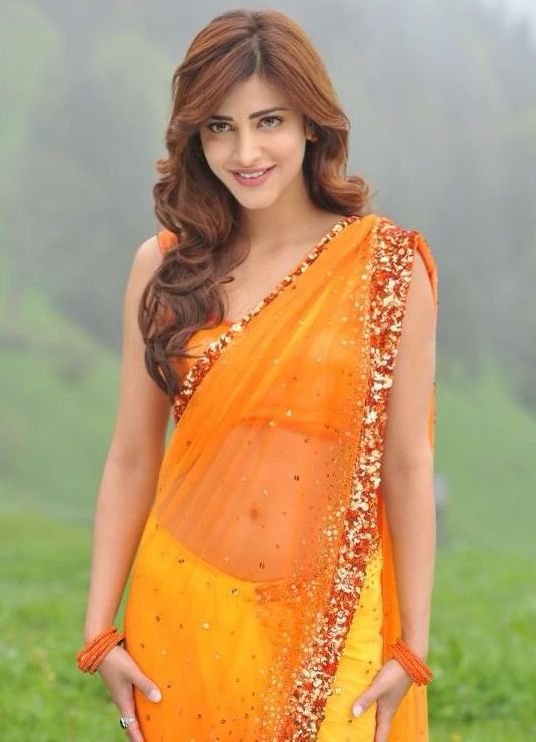 Some Interesting Facts About Shruthi Hassan