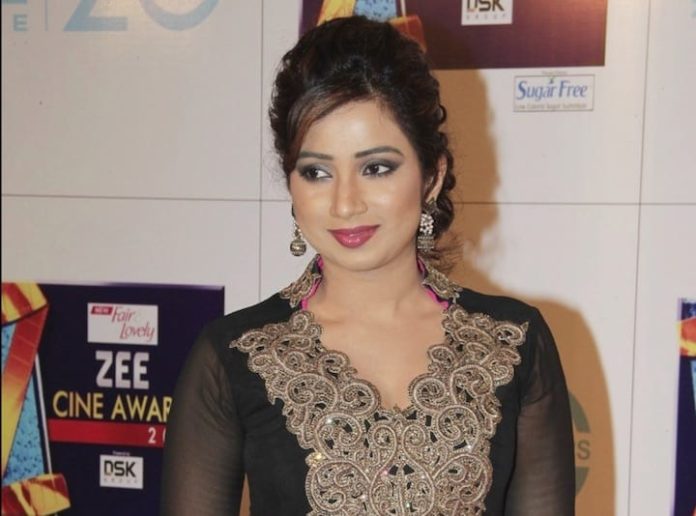 Music is the strongest form of magic and this magic was spread by Indian Singing Sensation Shreya Ghoshal is an Indian Singer who predominantly works in Hindi Music Industry. She is famous for her melodious voice and sung numerous popular songs. She has worked with almost every top music directors in India.

She has a pretty face which is complemented by her beautiful Black eyes and Black hair. Her figure measurements are 34 inches breast, 28 inches waist, and 34 inches hips.

According to the sources, the estimated net worth of Shreya Ghoshal is 80 crores in INR.

Shreya was born and raised up in Murshidabad, West Bengal, and belongs to a Hindu family. She is born to her father Bishwajit Ghoshal (Electrical Engineer) and her mother Sarmistha Ghoshal (Literature post-graduate).

She has one brother named Soumyadeep Ghoshal. She completed her school education from Atomic Energy Central School No.4, Rawatbhata, and further enrolled at SIES College of Arts Science & Commerce, Sion West, Mumbai to pursue her graduation.

As per her career, she recorded her first song was ‘Ganraj Rangi Nachato’. This song was the cover version of the Marathi song which was originally sung by Lata Mangeshkar. In 1998, she released her first studio album “Bendhechhi Beena”.

In 2002, she made her Bollywood debut as a singer with the film “Devdas” in which she sang 5 tracks in the movie titled “Silsila Ye Chaahat Ka”, “Bairi Piya”, “Chalak Chalak”, “Morey Piya”, and “Dola Re Dola,” and these songs become huge hits.

In 2002, she debut in the Tamil music industry with the song “Yen Chellam”. In 2017, She released her first independent single “Dhadkane Azad Hain”.

She tied the marriage knot with her childhood friend Shiladitya Mukhopadhyaya in 2015. 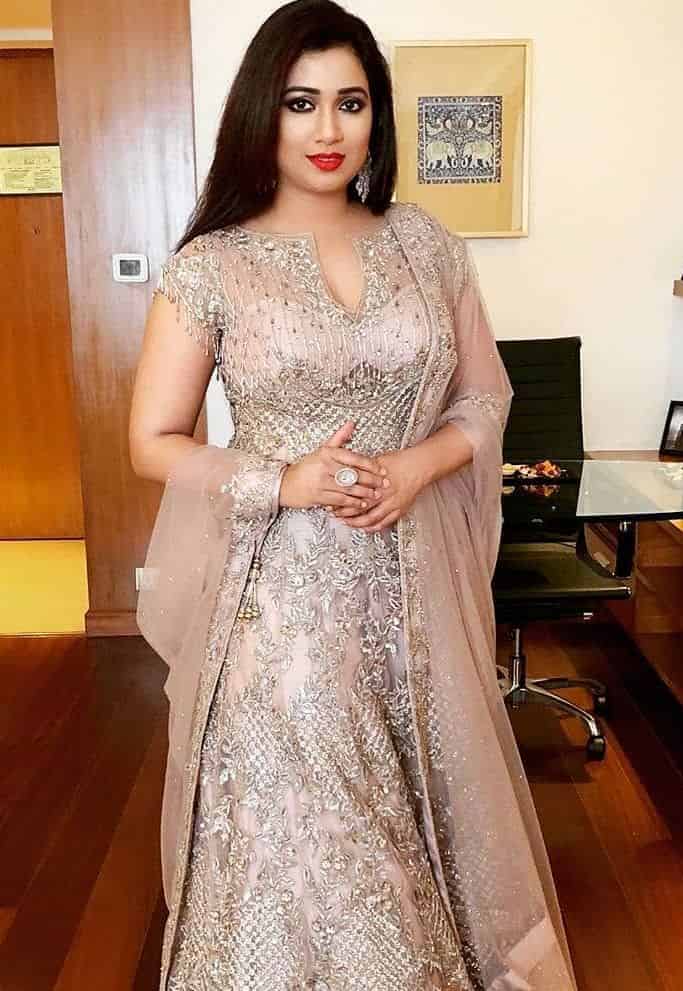 Some Interesting Facts About Shreya Ghoshal