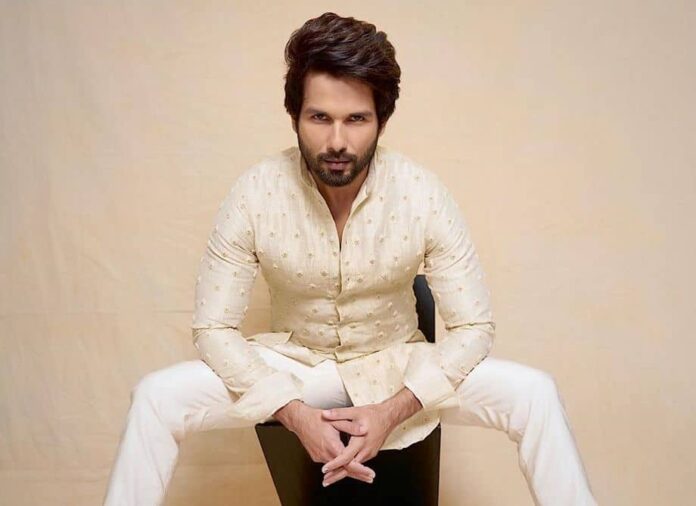 What makes an actor brilliant is his versatility and Shahid Kapoor sets the example for this. Shahid is an Indian Actor who mainly works in Hindi language films. He is famous as Chocolaty Boy of Bollywood in the film industry. Since childhood, he took a keen interest in dancing and acting. He called different names such as Dodo, Shak, and Sasha by his friends.

He seems more elegant with his Black eyes and Black hair. His body measures 42 inches chest, 30 inches waist and biceps size is 15 inches

According to the sources, the estimated net worth of Shahid Kapoor is 186 crores in INR.

Shahid was born and raised up in Delhi, India, and belongs to a middle-class Khatri family. He is born to Pankaj Kapoor (Father) who is an actor in Bollywood and Neelima Azeem (Mother) who is an actress. His parents separated in 1984. Supriya Pathak who is also an actress is his Stepmother.

Ruhan Kapoor is his brother and Ishaan Khattar is his Maternal Half Brother. He has one half-sister Sanah Kapoor. He completed his schooling from Gyan Bharati, Delhi (up to 4th class) and Rajhans Vidyalaya, Mumbai, and further enrolled at Mithibai College, Mumbai to pursue his graduation.

In the advertisement of Complan, he made his first on-screen appearance as a child artist opposite Ayesha Takia. At the age of 15, he learned to dance from the famous Shiamak Davar’s dance institute. Thereafter, after learning dance he appeared as a background dancer in several Bollywood films like Dil To Pagal Hai (1997) and Taal (1999).

Moreover, he worked in numerous TV ads such as Pepsi, Close-Up, Kit Kat, etc. In 1999, he featured in a couple of music videos such as Aankhon Mein and Mera Dil Bole Piya Piya. In 2003, he commenced his acting career by making his debut in the Bollywood film Ishq Vishk.

After that in 2006, he worked with Kareena Kapoor in two films Chup Chup Ke and 36 China Town. His greatest success came later this year with the romantic drama Vivah. Thereafter, he worked in many Bollywood films like ensemble comedy Fool & Final, romantic comedy Jab We Met, Mausam, Paathshala, Phata Poster Nikla Hero.

In 2014, he acted in the film Haider which was the toughest film of his career. After that, he appeared as a Judge on the dance reality show Jhalak Dikhhla Jaa Reloaded. Moreover, he worked in many hit movies such as Udta Punjab, Padmavat, and Kabir Singh. Kabir Singh earned a whopping $52 Million worldwide. For this film, he received a nomination at Filmfare for Best Actor.

He briefly dated a couple of famous Bollywood actresses like Kareena Kapoor and Priyanka Chopra. He had a relationship rumored with Tennis Star Sania Mirza. In 2015, he got married to his long term girlfriend Mira Rajput. The couple blessed with two children daughter Misha Kapoor (born in 2016), and a son Zain Kapoor (born in 2018). 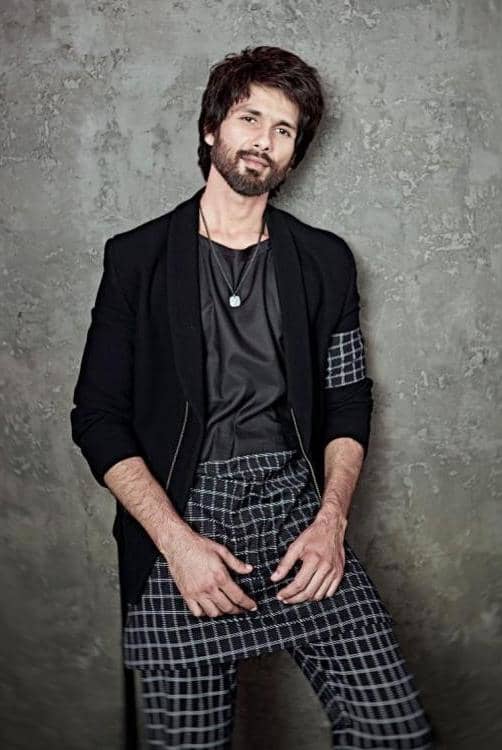 Some Interesting Facts About Shahid Kapor