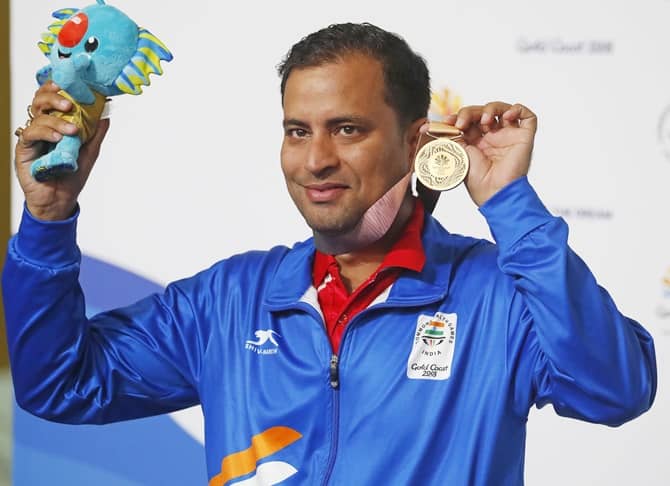 The recipient of the Arjuna award, Sanjeev Rajput is an Indian shooter who represented India internationally in Men’s 50m Rifle events. Apart from that, he served himself in the Indian Navy as a Junior Commissioned Officer from 1999 to 2014.

He shot to fame when he bagged 3 Gold Medal and 1 Silver Medal at the South Asian Federation Games in 2004. He crosses all obstacles and reaches the pinnacle of success. Currently, he hit the headlines as he is a part of the Indian contingent being sent for the Tokyo Olympics 2021.

He seems very fit and healthy and weighs 78 in kilograms and 172 lbs in pounds approximately. His black eye color and his black hair make his personality even more glorious.

According to the sources, the estimated net worth of Sanjeev Rajput is $100k-$1M approx.

Sanjeev was born and raised up in Yamuna Nagar, Haryana, and belongs to a Hindu family. He is born to his father Krishan Lal while his mother’s name is not known. He has one elder brother whose name is also not known.

As per his education, he completed his schooling at SD Public School, Jagadhri, Haryana and further enrolled at Calorx Teachers University, Ahmedabad, Gujarat to complete his BA in Humanities/Humanistic Studies. Later, he attended Indira Gandhi Technological and Medical Sciences University, Ziro, Arunachal Pradesh to pursue his MA in Physical Education Teaching and Coaching.

As per his career, in 2004, he won 3 Gold and a Silver medal at SAF Games. At Champion of Champions events, he won the 50m Free Rifle three-position and the 10m Air Rifle and won a Team Gold in Commonwealth Shooting Championship in 50m Rifle 3 position event in 2005.

At the 2006 Commonwealth Games, he won the bronze medal in the Men’s 50m Rifle Prone and also won a bronze medal in the 2006 Asian Games. He won 03 Gold and 01 Silver medal in 33rd National Games Guwahati from the Services team. At the 2008 Summer Olympics, he contested in the men’s 50 m rifle prone event but failed to reach the finals.

He won the gold medal in the world cup held in Changwon, Korea in 2011 and became the third Indian to qualify for the London Olympics. In the 34th National Games, he won 05 Gold and a Silver medal. He didn’t make it to the finals of the 2012 Summer Olympics. 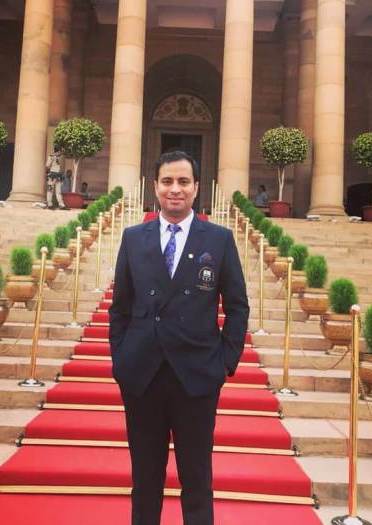 Some Interesting Facts About Sanjeev Rajput