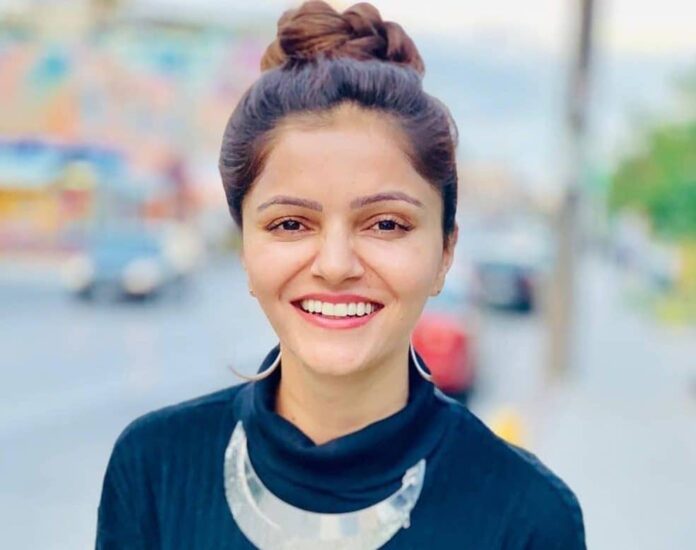 An Indian actress Rubina Dilaik is known for her dominance in the TV industry. She is one of the hot and beautiful actresses who is a fitness freak and is loved for her jolly nature.

She rose to prominence from her portrayal of Radhika and Imarti in her debut TV serial Chotti Bahu. As a contestant, she participated in Bigg Boss 14 and won it with the support of her fans. She also has her own YouTube channel where she posts about her lifestyle.

Rubina Dilaik will celebrate her 35th birthday on 26 August 2022. She has a short height of 155 cm (1.55m) and a slim body with a weight of 46 kg. She has a perfect physique with the figure measurement 34-25-34. She has intensified looks because of her brown sharp eyes and black smooth hair.

The net worth of Rubina Dilaik is estimated between $1 million-$ 5 million. She charged Rs.45-50k for every scene of “Shakti-Astitva Ke Ehsaas Ki”.

Rubina Dilaik was born in Shimla to a middle-class Hindu family. She is the eldest daughter of Gopal Dilaik, who is a retired serviceman and also a writer who had written many books in Hindi, and ShakuntlaDilaik is a housemaker.

She grew up with her two younger sisters Rohini and Naina. For elementary education, she attended Shimla Public School. She went to St. Bede’s School for further studies. At an initial stage, she won two local beauty pageants including the title of Miss Shimla in 2006.

Rubina Dilaik started her acting career in TV with the serial “Choti Bahu” alongside Avinash Sachdev in 2008. Prior to their acting career, she has participated in many beauty pageants and has won the title of Miss Shimla contest and Miss North India Pageant in 2008 held at Chandigarh. She was a national-level champion in debate while in school.

Recently she participated in a TV reality show Bigg Boss 14 as a contestant. She portrayed the role of a transgender woman Soumya Singh, in Shakti – Astitva Ke Ehsaas Ki opposite Vivian Dsena. Soon, she will make her Bollywood debut in “Ardh” alongside Hiten Tejwani and Rajpal Yadav.

Rubina Dilaik is married to Abhinav Shukla who is an actor and model in the Indian industry. They met on the set of “Choti Bahu” and dated each other for 3 years and they decided to become one.

On 21 June 2018, they got married in a private ceremony in Shimla. Previously, it was rumored that she dated her co-star Avinash Sachdev but it was for a short span and later they were separated due to personal reasons. 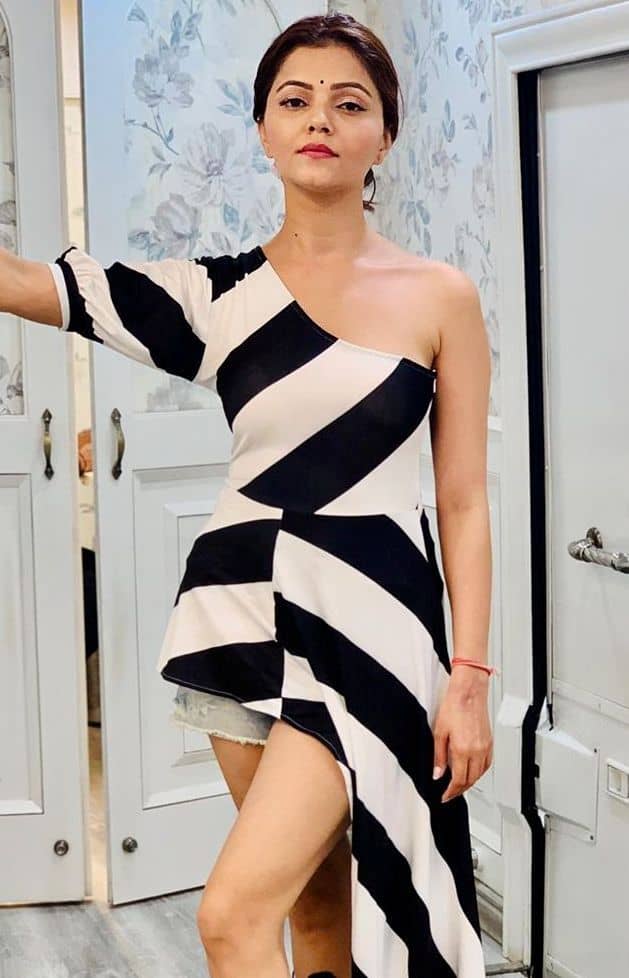 Some Interesting Facts About Rubina Dilaik