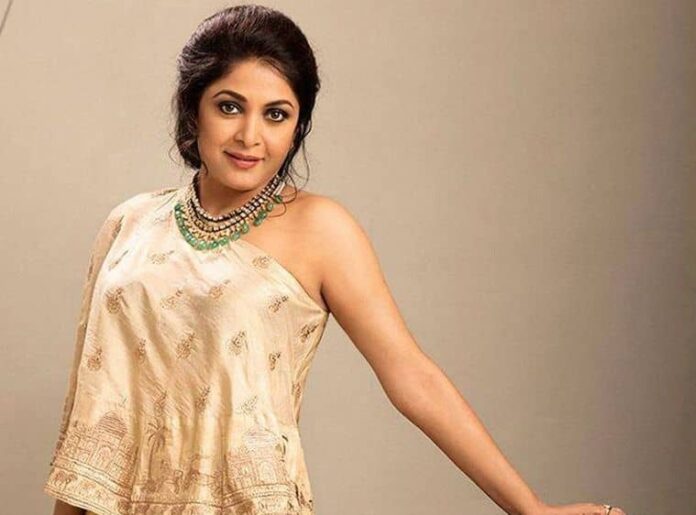 In her acting career, she played many diverse roles such as a caring wife, a devoted mom, an arrogant vamp, a glam-doll, and even a goddess.

This Glamourous beauty Ramya Krishnan seems tall with a height of 165 in centimeters and 5’5” in feet & inches. Born on, 15 September 1970 this beautiful Diva has turned 50 years old in the year 2020.

She possesses a healthy and fit figure with a weight of 65 kilograms and 143 lbs in pounds. Her body is complemented by her beautiful Black eyes and her silky long Black hair. Her figure measurements are 34 inches breast, 30 inches waist, and 38 inches hips.

According to the sources, the estimated net worth of Ramya Krishnan is 60 crore in INR or $8 Million.

Ramya was born and brought up in Chennai, Tamil Nadu, India and belongs to the South Indian Hindu family. She is born to Krishnan (Father) and Maaya (Mother). She is also blessed with a sister named Vinaya Krishnan. She didn’t reveal any information about her school, college life, and keep her academic life under the wraps.

She commenced her acting career at the age of 13 by playing the lead role in Vellai Manasu in Tamil opposite Y.G. Mahendran. Later, she debuted in the Telugu industry with the film Bhalae Mithrulu. She got her first major breakthrough as an actress with Kasinadhuni Viswanath’s masterpiece Sutradharulu in 1987.

After that, she established herself as a ‘star’. She worked with all major actors such as Nandamuri Taraka Ramarao, Krishna, Sobhan Babu, Balakrishna Nandamuri, Venkatesh, Akkineni Nagarjuna, Chiranjeevi, Akkineni Nageswara Rao, and many more. She is a trained dancer too but never got a chance to explore that facet of her.

Her Tamil film Padayappa (Narasimha in Telugu) was perhaps the best in her career. With this film, she disproved her critics who’d said that she was a mere glam doll. Thereafter, she enjoyed success in Kannada movies too such as Krishna Rukmini, Gadibidi Ganda, Mangalyam Tantunanena, Neelambari, Raktha Kanneeru.

She also got her recognition in Malayalam movies and some of her notable movies are Ore Kadal and Anuragi. In 2015, she played the famous role of Rajmata Sivagami in the multi-starrer film Baahubali: The Beginning and its sequel Baahubali: The Conclusion.

She got married to Pasupuleti Krishna Vamsi who is a director. They have a son named Ritwik. 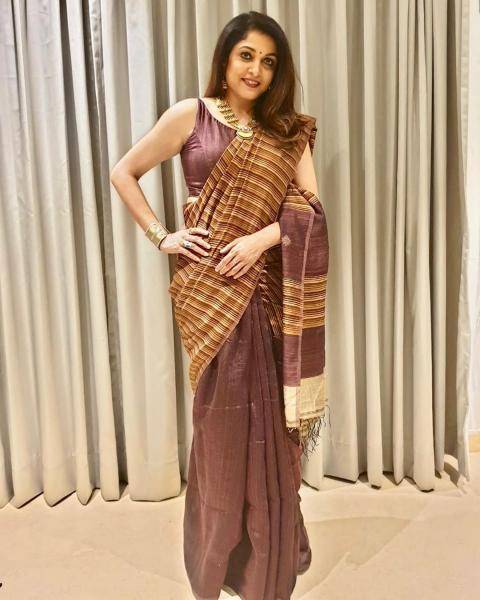 Some Interesting Facts About Ramya Krishnan