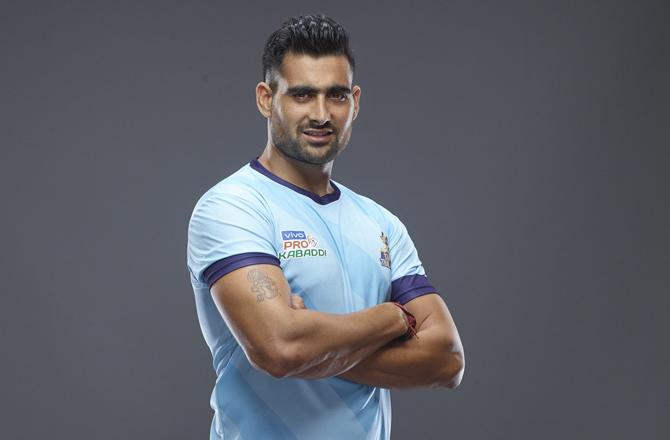 The Poster Boy of Indian Kabaddi, Rahul Chaudhari is an Indian Kabaddi Player who started as a Defender but later became a Raider. Rahul was a member of the Indian National Kabaddi team in the 2016 South Asian Games in which Indians won a gold medal.

In Pro Kabaddi League, he played six seasons for Telugu Titans as of now he played for Tamil Thalaivas.

He seems more handsome with his brown eyes and black hair. His body measures 42 inches chest, 34 inches waist and his biceps size is 16 inches.

According to the sources, the estimated net worth of Rahul Chaudhari is Still Unknown.

Rahul started playing kabaddi at the age of 13 in 2006. He played for National Indian Kabaddi Team as a Raider. He played for Telugu Titans in Indian Pro Kabaddi League were in season 4 he was the top-scoring raider with 146 raid points and 11 tackle points. In season 7, he was bought by Tamil Thalaivas after biding Rs 94,00,000 for him in the auction. 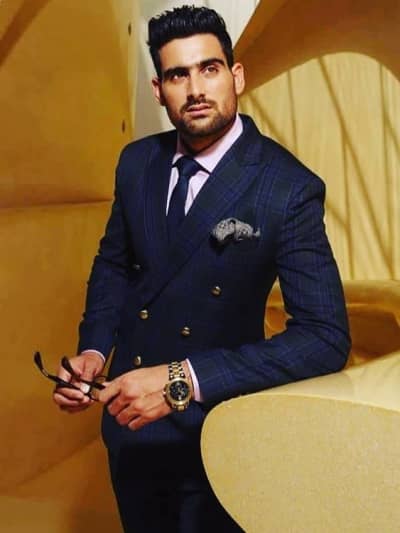 Some Interesting Facts About Rahul Chaudhari