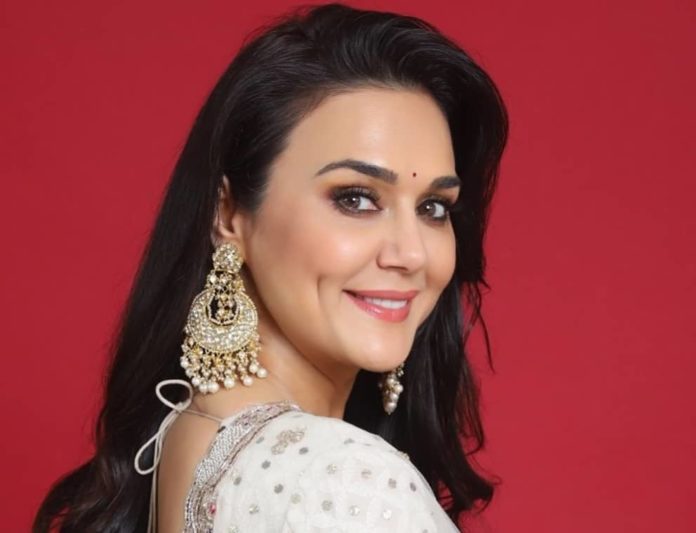 Known for her sparkling personality, cheerful nature, and a dimpled grin that won her legions of fans, Preity debuted with a bit part in the 1998 movie, Dil Se. The same year, she was featured in the action film Soldier.

She was the first actress to receive a Filmfare nomination for both, the Best Actress and Best Villain awards in 2004. Preity is not just a successful actress, but also a social activist, a stage performer, and a successful businesswoman. Her production company PZNZ Media has co-owned the Kings XI Punjab cricket team in India since 2008.

Preity Zinta turned 47 years old in January 2022. She has a flexible physique with a weight of around 52kg and a height of 162cm (1.62). She has a lean physique with body measurements i.e. 32-26-32. She has light brown sparkling eyes and silky black hair color.

The net worth of Preity Zinta is estimated to be $30 million approximately.

Born on January 31, 1975, Preity Zinta is a native of Shimla, Himachal Pradesh.  She is the only daughter of Durgan and Zinta and Nilprabha Zinta. Her father was an officer in the Indian Army who passed at the age in a car accident.

This accident also affected her mother and she got bedridden for straight two years. She grew up with her brother Deepankar who is serving in the Indian Army whereas her younger brother Manish is living in California.

She attended The Lawrence School, Himachal Pradesh for schooling. Her loneliness in boarding schools developed her interest in literature. She later completed her education in English honors from the St. Bede’s College in Shimla and also has a graduation degree in psychology and a postgraduate degree in Criminal Psychology.

Preity Zinta started her career as a model in 1996. She made her first appearance in the Perk Chocolate advertisement. She was going to make her silver screen debut in the film “Tara Rum Pum” opposite Hrithik Roshan but the film was canceled. In 1998, she made her on-screen debut with the film “Dil Se’.

Later she was cast in commercially successful films like “Kya Kehna”, “Soldier”, “Sangharsh” etc. Apart from the Bollywood films, she has worked in the regional languages Telugu, Punjabi, and English. Later, she worked in two Telugu films “Premante Idera” and “Raja Kumarudu”.

In 2003, at the time of the Chhota Shakeel and Bharat Shah case, she was the first recipient of Godfrey’s Mind of Steel Award in the annual Red and White Bravery Awards, which was given to her for the courageous act of standing against the Mumbai Underworld. In 2011, she made her TV debut as a host with the show “Guinness World Record-Ab India Todega”.

Preity Zinta is married to Gene Goodenough in Los Angeles. He is an American who works as a Senior Vice-president for Finance at NLine Energy which is a US-based hydroelectric power company.

Here we provide you a list of  Preity Zinta’s favorite things. 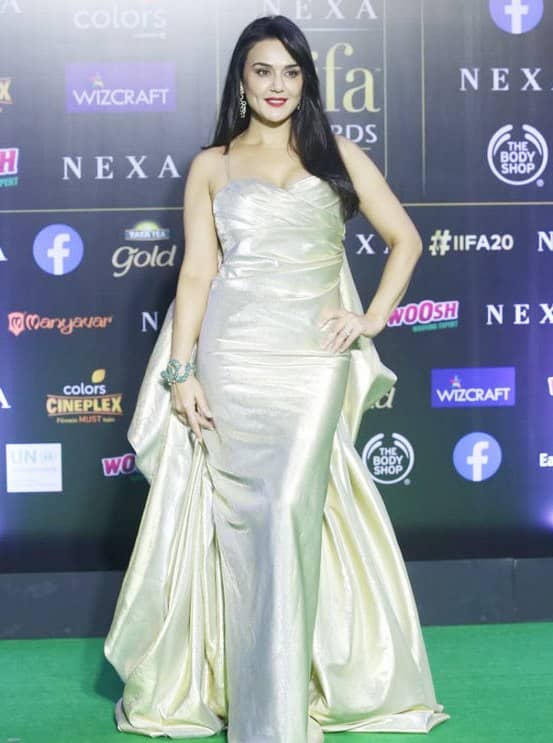 Some Interesting Facts About Preity Zinta