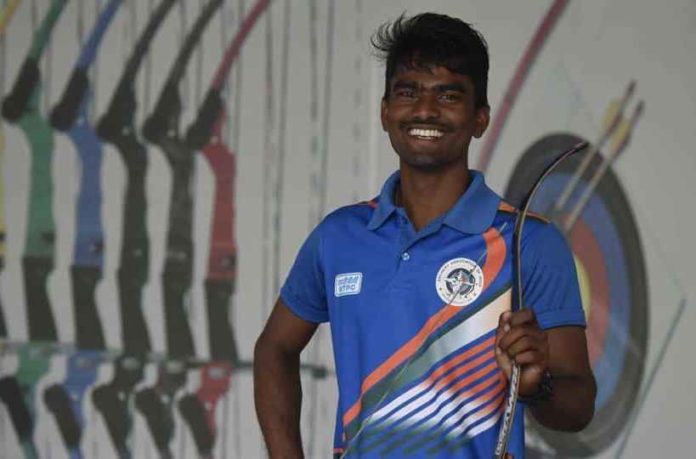 A promising Indian talent, Pravin Ramesh Jadhav is an Indian Archer who represents India in the Recurve Men’s Individual and Team events. Apart from this, in 2017, he was recruited in the Indian Army under sports quota after being spotted by Colonel Vikram Dhayal.

Born on 6 July 1996, Pravin will turn 25 years old in the year 2021. There is no information about his body features at this moment. His black eye color and his black hair make his personality even more glorious.

According to the sources, the estimated net worth of Pravin Jadhav is not known or is under revision.

Pravin was born and raised up in Satara district, Maharashtra, and belongs to a Hindu family. He is born to his father Ramesh Jadhav (daily wage laborer) and his mother Sangita Jadhav (housewife). He completed his schooling at Krida Prabhodani School. However, he didn’t reveal further information about his educational qualification.

As per his career, he won a bronze medal in the men’s recurve team event at the 2016 Asia Cup Stage 1 in Bangkok. In the 2016 Archery World Cup stage, he was part of the Indian B team. He was a member of the Indian team along with Atanu Das and Tarundeep Rai at the 2019 World Archery Championships.

They beat sixth-seeded Canada and secure India a place at the 2020 Summer Olympics. In 2017, he was recruited in the Indian Army under sports quota and in 2019 he was ranked havaldar. 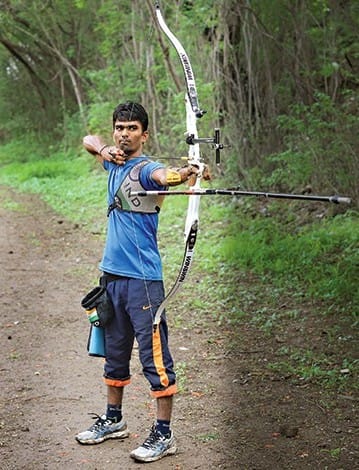 Some Interesting Facts About Pravin Jadhav