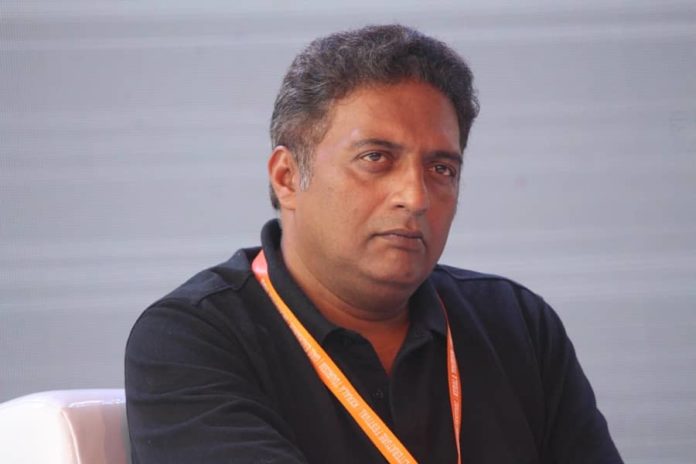 Prakash Raj is one of the most versatile actors and one of the best talents from the South Film industry. He is the most loved villain and he proved that he doesn’t need to do a positive role in a movie to be loved by all.

He always remembered as ‘Gani Bhai’ in Wanted and ‘Jaykant Shikre’ in Singham to his fans.  He is the recipient of 5 National film awards, six Nandi Awards, eight Tamil Nadu State Film Awards, five Filmfare Awards South, and many more.

He is a well-built man with body measurements of 40 inches chest, 32 inches waist, and 14 inches biceps. His brown eye color and his black hair make his personality even more dapper.

According to the sources, the estimated net worth of Prakash Raj is $ 6 Million approx.

Prakash was born and raised up in Bengaluru, Karnataka, India, and belongs to a Hindu family. He is born to his father Manjunath Rai and his mother Swarnalatha Raj (Nurse). He also has a brother whose name is Prasad Raj (Actor).

As per his career, he started his career with Doordarshan serials such as Bisilu Kudure and Guddada Bhootha. After that, he appeared in supporting roles in some Kannada films like Ramachari, Ranadheera, Nishkarsha, and Lockup Death.

In 1997, he acted in the film Nagamandala which was selected for the Indian Panorama in the International Film Festival. In the same year, he acted in Mani Ratnam’s biopic Iruvar. He also appeared in many Malayalam films such as The Prince, Indraprastham, Oru Yathramozhi, Pandippada, Thekkekara Superfast, Keerthichakra, and Achayans.

After that, he got his major breakthrough with the role of Gani Bhai in Wanted and after that, he has been a regular villain in Hindi language Bollywood movies like Jaikant Shikre in Singham, as Bachcha Singh in Dabangg 2, as Shetty in Mumbai Mirror, and as Nagori in Policegiri.

He tied the marriage knot with Lalitha Kumari in 1994 with whom he welcomed two daughters, Meghana and Pooja, and a son, Sidhu who died in 2004. The couple parted ways and took divorce in 2009.

Later, he got involved in a love affair with choreographer Pony Verma and both got married in 2010. The couple blessed with a baby boy Vedhanth in 2015. 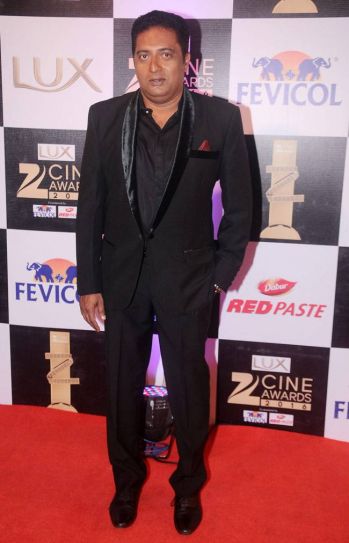 Some Interesting Facts About Prakash Raj