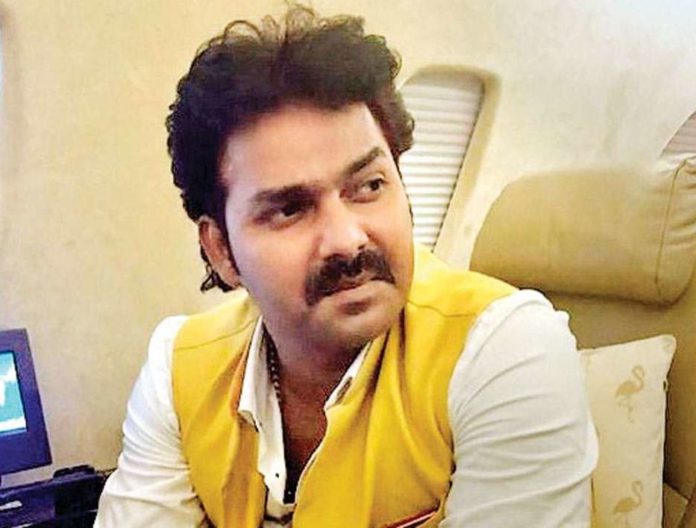 A Bhojpuri celebrity Pawan Singh is a popular face in the Bhojpuri industry for his acting and singing. He is associated with the Bhojpuri industry since 1997. He is recognized by the audience as an actor and singer. Apart from the entertainment industry, he is also active in the politics with Bhartiya Janta Party.

Pawan Singh is a 36-year-old celebrity who is 175 cm tall. He has a muscular body that weighs 85 kg approximately.  His figure measurements are chest 43, waist 33, and biceps 16 Inches. He looks adored for his wide dark brown eyes and black hair.

The net worth of Pawan Singh is still under assessment but he charges Rs 10-30 lakh per film.

Pawan Singh was born in Arrah, Bihar on January 5, 1986. He was born in a Rajput family but did not reveal any information about his father but his mother’s name is Pratima Singh.

He took his primary education in Kolkata and later he went back to Arrah, where he received his intermediate education from H.N.K. High School. He pursued his graduation from Maharaja College, Arrah. He grew up with his two brothers and a sister name Mala Singh.

In 1997, Pawan Singh started his career with the film “Odhaniya Wali”. Later, he released many albums like “Kaanch Kasaailli” and “Lollipop Lagelu”. His song “Lollipop Lagelu” became an instant hit and still, after so many years, it’s a popular track across India and abroad as well.

His song Kamariya Hila Rahi Hai featured American dancer and actress Lauren Gottlieb. In the Bollywood industry, he has collaborated with many artists like Sonu Nigam, Jubin Nautiyal, and Renuka Parmar. To date, he has bagged two International Bhojpuri Awards.

On December 1, 2014, Pawan Singh got married to Neelam Singh on 1 December 2014. After a few months, his wife committed suicide and died. Later, his name was linked with many Bhojpuri actresses like  Rani Chatterjee, Urvashi Chaudhary, and Kaavya Singh.

Reportedly, he was in a relationship with the actress Akshara Singh. On 5 March 2018, he did a court marriage with the fashion designer Jyoti Singh. A day later, they got married according to Hindu rituals.

Here we provide you a list of Pawan Singh’s favorite things. 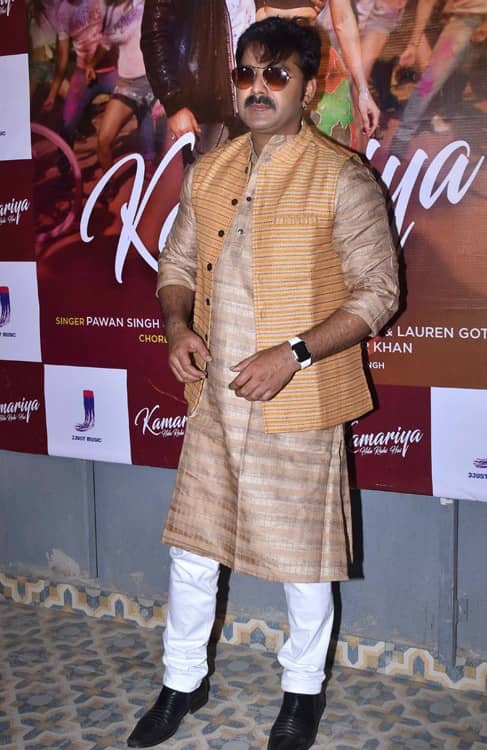 Some Interesting Facts About Pawan Singh