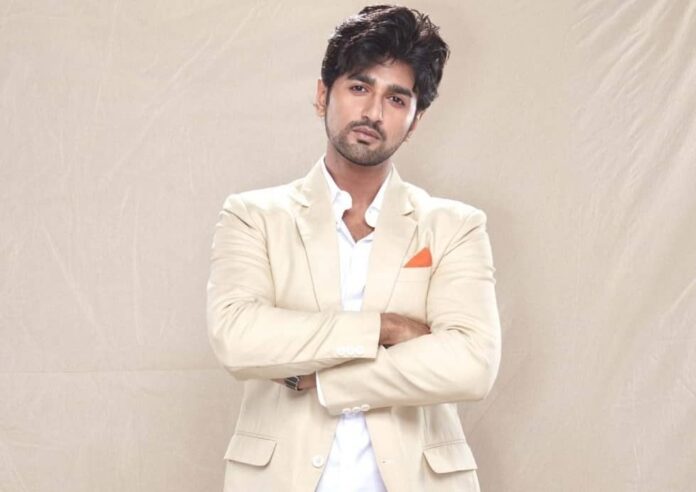 The Young and Talented TV personality, Nishant Malkani is an Indian Actor and Model who mainly works in Hindi TV Shows. He came to fame after playing the portrayal of ‘Akshat Jindal’ in the famous TV Show “Guddan Tumse Na Ho Payega” in 2018.

He is called by the name of Nish by his near and dear ones. Currently, he hits the headlines after appearing in the most controversial TV Reality Show ‘Bigg Boss season 14” as a contestant.

He seems more charming with his Black eyes and Black hairs. His body measures 40 inches chest, 32 inches waist and biceps size is 16 inches

According to the sources, the estimated net worth of Nishant Malkani is $1 Million approximately.

Nishant was born and raised up in a Sindhi family to Deepak Malkani (Father) and Geeta Malkani (Mother). He has one brother Lakshay Malkani. He completed his schooling at Laxman Public School, New Delhi, and further enrolled at Shaheed Bhagat Singh College to pursue his graduation. Thereafter, he went to IIM Kolkata to pursue his MBA.

He was spotted by a coordinator of a modeling agency when he was pursuing his MBA degree. Then, this agency offered him a two-year contract for modeling. Furthermore, he gave an audition for Star One’s TV serial “Miley Jab Hum Tum” (2008) and he got his first breakthrough by selecting in this show. In this show, he played the character of ‘Adhiraj’.

Moreover, he tried his luck in the film industry and made his debut with the film ‘Horror Story’ in 2013. After that he also worked in such Bollywood films as Cute Kameena, Ishq ne Krazy Kiya re, and Love Training. Apart from movies, he later worked infamous web series Ragini MMS: Returns in 2017.

He keeps his private life under the wraps but there were some rumors that he was dating actress Sara Khan and his co-star Kanika Mann.

Some Interesting Facts About Nishant Malkani