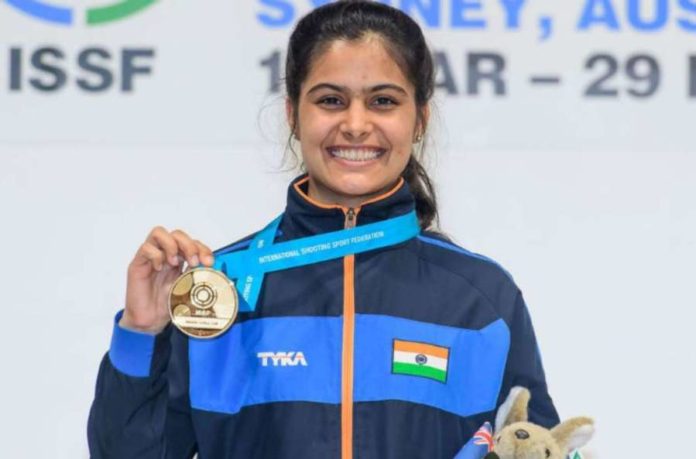 Manu Bhaker is an Indian olympian who plays airgun shooting and represented India internationally in 10-meter Air Pistol individual and mixed team events. She won two gold medals at the 2018 ISSF World Cup and became the youngest Indian to win a gold medal at the ISSF World Cup.

She won the gold medal in her maiden Commonwealth Games appearance just at the age of 16. Currently, she hit the headlines as he is a part of the Indian contingent being sent for the Tokyo Olympics 2021.

Being a Sports personality, she seems very fit and healthy and weighs 55 kg in kilograms and 121 lbs in pounds approximately. Her black eyes color and black hair make his personality even more rocking.

According to the sources, the estimated net worth of Manu Bhaker is Rs. 13 Crore approx.

Manu was born and raised up in Goria village, Jhajjar, Haryana, and belongs to a Hindu family. She is born to her father Ram Kishan Bhaker who is a chief engineer in the Merchant Navy and her mother Sumedha who is a school teacher.

She also has a lovely and caring brother, Akhil. She completed her schooling at Universal Public Senior Secondary School, Jhajjar, Haryana. However, she didn’t reveal any further information about her education.

As per her career, she decided to take up competitive shooting with an investment of ₹150000 by her father. She won the silver medal at the 2017 Asian Junior Championship and tasted her first success at the international level.

She won nine gold medals and defeated multiple World Cup medalist Heena Sidhu in the 2017 National games held in Kerala. She won the gold medal in the Women’s 10-meter air pistol in the 2018 International Shooting Sport Federation World Cup and became the youngest Indian to win a gold medal at the World Cup at the age of 16.

Later, she was paired with fellow countrymen Om Prakash Mitharval and won her second gold medal at the World Cup in the 10-meter Air Pistol mixed team event. She secured the gold medal in women’s 10m air pistol by setting a new Commonwealth Games record during the Gold Coast Commonwealth Games. 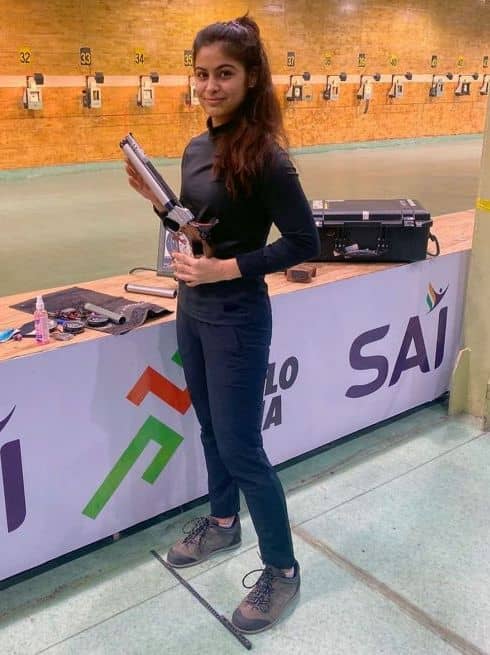 Some Interesting Facts About Manu Bhaker