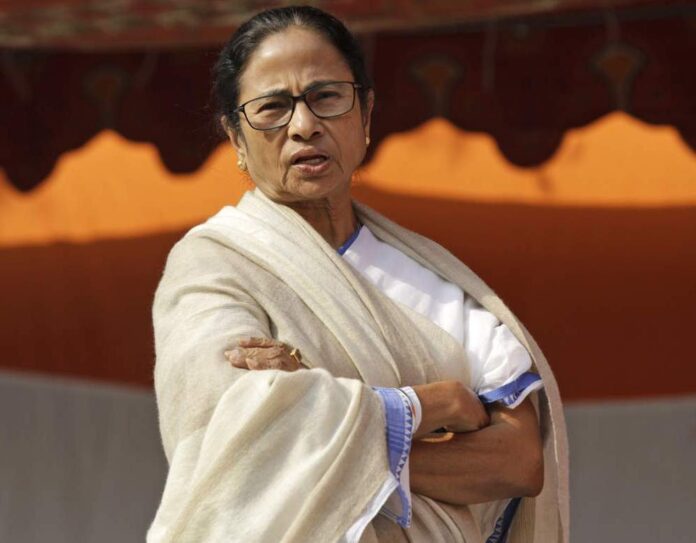 Mamata Banerjee is an Indian Politician and the founder of the party named “All India Trinamool Congress (AITC).” She is the 8th CM of West Bengal and the first woman to hold the post of Chief Minister in West Bengal. She is frequently in the news for her statements and comments on the opposition. She became the CM of West Bengal first time in 2011.

Mamata Banerjee’s net worth is estimated to be Rs.30 lakhs (as reported in 2016).

Mamata Banerjee is the daughter of Promileswar Banerjee and Gayatri Devi. She was born in a Brahmin family in Kolkata. She grew up with her six brothers named Baben Banerjee, Ganesh Banerjee, Samir Banerjee, Amit Banerjee, Ajit Banerjee, Kali Banerjee.

She did her schooling at the Deshbandu Sishu Sikshalay, Kolkata, and graduated from Jogamaya Devi College with a B.A. degree. She was interested in studying law and received a degree from Jogesh Chandra Choudhary College of Law, Calcutta University in 1982. She also holds a Master’s degree in Islamic History from the University of Calcutta.

She received a doctorate (Doctor of Letters) from the Kalinga Institute of Industrial Technology, Odisha. While studying in the Jogamaya Devi, she joined politics and established Chhatra Parishad Union. Her mother passed away in 2011 at the age of 81. Abhishek Banerjee is her nephew and son of Amit Banerjee who is also a TMC politician.

She started her career in politics at a very young age. From 1976 to 1980, she worked in the position of general secretary of Mahila Congress, West Bengal. She became the youngest Member of Parliament who defeated veteran leader, Somnath Chatterjee from the Jadavpur constituency in West Bengal in the 1984 Lok Sabha election.

She also became the secretary of the Indian Youth Congress in 1980. In 1991, P.V. Narasimha Rao’s government-appointed her as the Union Minister of State for Human Resources Development, Youth Affairs, and Sports, and Women and Child Development. At the same time, she was the first female Cabinet Minister for these departments.

In 1997, she left the Indian National Congress and formed her party named All India Trinamool Congress. In 1999, she joins NDA and under the Atal Bihari Vajpayee government, she was made the railway minister. Before the election of 2009, she joined the United Progressive Alliance and won seats in the election.

She then continued as the Railway Minister for the second time. In the 2011 election of West Bengal, her party finished up the rule of the Communist Party of India (Marxist) which was in majority for 34 years and she became the first female CM of West Bengal.

Here we provide you with a list of Mamata Banerjee’s favorite things.

Some Interesting Facts About Mamata Banerjee