Beautiful is an adjective that every woman wants to be described with, this quote in brief sums up “Lavanya Tripathi”, an Indian actress and model who primarily works in the South Indian film industry. She always wanted to be an actress but her lawyer dad was clear that studies came first.

She started working as a model after winning Miss Uttarakhand’s title in 2006. Lavanya is a trained classical dancer whose glimpse is seen in the film Bale Bale Magadivoy. In addition to this, this gorgeous lady has stolen the heart of many people with her stunning looks and acting skills.

Born on 15 December 1990, Lavanya will turn 30 years old in the year 2020. The gorgeous diva seems to be tall with a height of 170 in centimeters and 5’7” in feet and inches. She looks Stunning Hot with her body measurements of 32 inches breast, 26 inches waist, and 34 inches hips.

Being a fitness freak, she seems very fit and healthy and weighs 60 in kilograms and 132 lbs in pounds approximately. Her brown eyes color and her black hair make his personality even more Stunning.

She makes most of her fortune from her career in the entertainment industry and the majority of his income comes from her acting career, TV shows, and movies. According to the sources, the estimated net worth of Lavanya is $4 million approx.

Lavanya was born and brought up in Ayodhya, Uttar Pradesh, India and belongs to a well-to-do Hindu family. She is born to her father who is a Lawyer Practicing in High Court & Civil Court and her mother Kiran Bala Tiwari is a retired Teacher.

She has been grown up with her brother Siddharth and her sister Shivani Tripathi who is an Assistant Commissioner of State Tax. As of her education, she completed her schooling at Marshall School, Dehradun, and further enrolled at Rishi Dayaram National College, Mumbai, Maharashtra to pursue her graduation in Economics.

As of her career, she started her career in acting in 2012 with the Telugu film Andala Rakshasi and won the Best Debutante Award for this film. After that, she appeared in her next film Doosukeltha in 2013. She made her debut in the Tamil industry with the film Bramman in 2014.

After that, she appeared in several Telugu films such as Bhale Bhale Magadivoy in 2015, Soggade Chinni Nayana, Lacchimdeviki O Lekkundi, Srirastu Subhamastu in 2016, etc. In 2017, she appeared in 5 Telugu films which include Mister, Radha, Yuddham Sharanam, Vunnadhi Okate Zindagi, and Maayavan.

After that, she featured in films like Inttelligent and Antariksham 9000 KMPH in 2018.  Recently, she has been seen in films A1 Express and Chaavu Kaburu Challenge in 2021. 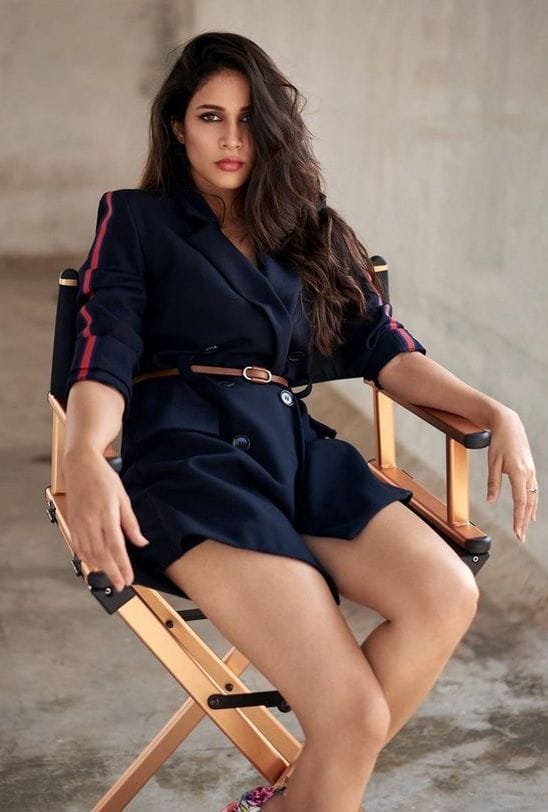 Some Interesting Facts About Lavanya Tripathi