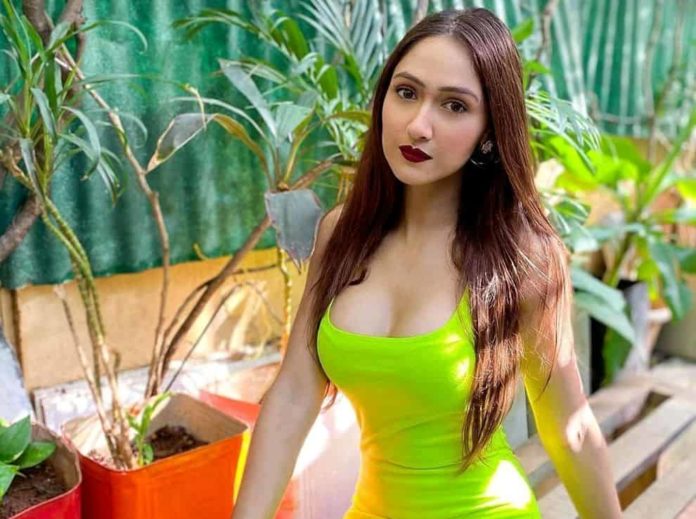 Women are achieving great success in this world, realizing their own dreams by starting and succeeding in every field and ‘Krissann Barretto’ is one of among them who established herself in an acting field. She is an Indian actress, model, and VJ who primarily works in Hindi television shows.

She is fondly called by the names of San, Kris, and Alia by her near and dear ones. She rose to splendid fame and gained huge public attention for playing the role of Alya Saxena in the popular TV show Kaisi Yeh Yaariaan. She may be the “most beautiful woman,” but what we really love is that she never feels fragile onscreen.

This stunning beauty seems tall with a height of 170 in centimeters and 5’7” in feet &amp; inches. Born on, 3 October 1991this beautiful lady has turned 29 years old in the year 2020. She possesses a healthy, lean, and fit figure with a weight of 55 in kilograms and 121 lbs in pounds.

Her body is complemented by her beautiful black eyes and her silky long black hair. She is very conscious about her physique and her figure measurements are 32 inches breast, 26 inches waist, and 32 inches hips. Her Bra Size is 32B.

According to the sources, the estimated net worth of Krissann Barretto is ₹25Crore in 2021 and 90% of their income comes from her acting profession.

Krissann was born and raised up in Mumbai and belongs to a Christian family. She is born to her father Bosco Barretto and her mother Lynette Barretto. She has been grown up with her lovely sister named Fay Antoine Barretto.

As per her education, she completed her schooling at Apostolic Carmel High School in Bandra, Mumbai, and further enrolled at St. Xavier’s College, Mumbai to complete her degree in Bachelor of Arts. Furthermore, she attended Government Law College, Mumbai but didn’t complete her law degree to pursue her career in acting.

As of her career, she commenced her career in acting with TV shows like Heroes, The Fightback Files, and Yeh Hai Aashiqui but she got her major breakthrough with popular TV show MTV India’s Kaisi Yeh Yaariyan in 2014. After that, she appeared in &TV’s Kahani Hamari…Dil Dosti Deewanepan Ki as Kiya Kapoor and MTV India’s Girls on Top as Tapasya.

She appeared in Star Plus’s Ishqbaaaz as Romi from 2016 to 2017. Thereafter, she made her digital debut in 2017 with the web series Class of 2017 in which she played the role of Sarah and Cyber squad in which she appeared as Payal.

She portrayed Sanjana Bhardwaj in Colors TV’s Sasural Simar Ka from 2017 to 2018. In 2019, she appeared in the TV show Laal Ishq and in a reality show Ace of Space 2 where she emerged as a finalist.

Reflecting on his personal life, she is not married yet but she is in a lovely relationship with Adhish Khanna. 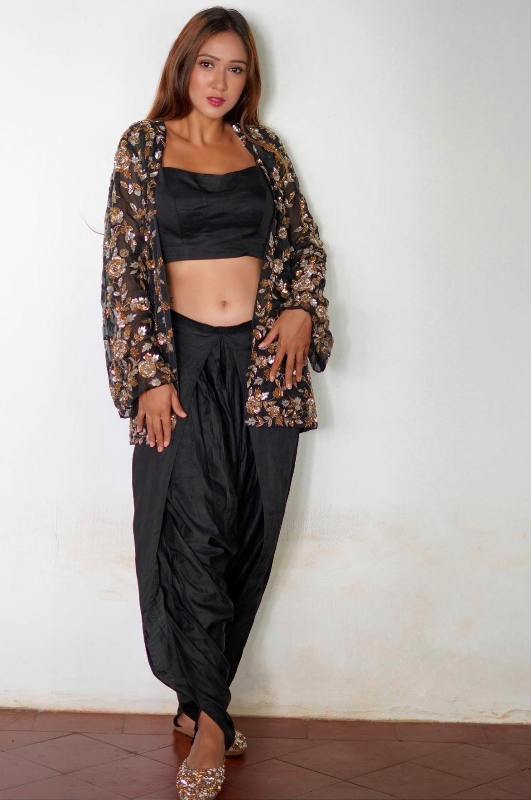 Some Interesting Facts About Krissann Barretto