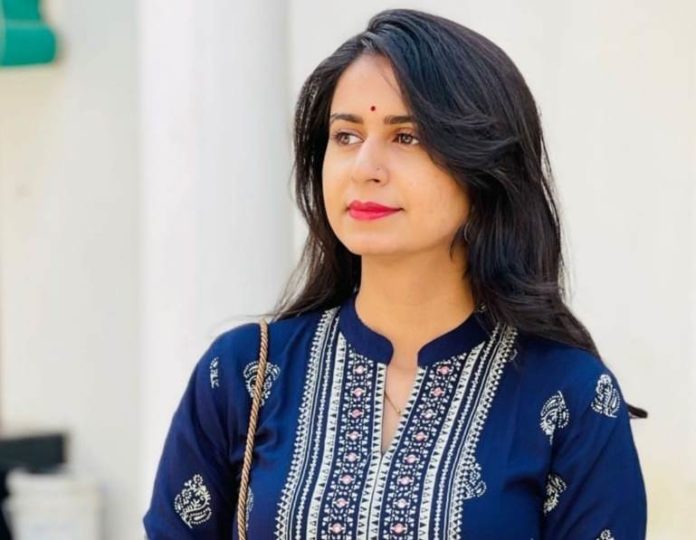 Music is the strongest form of magic and this magic was spread by Indian Singing Sensation ‘Kinjal Dave’ who is a popular Gujarati singer and one of the best Garba singers in India. She is born with the name of Joshi Kinjal Laljibhai.

At such a young age, she had all of us get mesmerized by her beautiful voice and charming smile. She is a much-loved performer who has a long way to go and had made a name for herself that too in a few years.

This Sizzling Singer seems like a doll with a tall height of 165 centimeters and 5’5” in feet &inches. Born on 24 November 1999 this stunning girl has turned 21 years old in the year 2020. Her weight measures 53 in kilograms and 116 lbs in pounds.

She has a pretty face which is complemented by her beautiful Black eyes and Black hair. Her figure measurements are 32 inches breast, 26 inches waist, and 32 inches hips.

According to the sources, the estimated net worth of Kinjal Dave is Rs. 40 Lakh approx.

Kinjal was born and raised up in Patan, Gujarat, and belongs to Advaita Brahmin Family. She is the lovely daughter of her father Lalitjibhai who works in a diamond company and her mother Bhanuben. She has a younger brother named Akash Dave.

She completed her schooling at Maniba School, New Naroda, Ahmedabad, and further enrolled at Patanjali Institute of Professional Studies, Gujarat to pursue her graduation.

She started singing at the age of 7 and sang at a Navratri night of her society. In 2015, she released her first song ‘Janediyo’. In 2017, she gained popularity with her second release ‘Char Bangadi Vadi Gadi’ and this song got 10 Million views within one week of its release.

Some of her famous songs were Ame Gujarati Leri Lala, Chhote Raja, MojMa, Leri Lala, Gogo Gogo Maro Gom Dhani, and Kanhaiya. She released over 100 music albums and performs live at more than 200 stage shows in a year. In 2018, she made her debut with the film  ‘Dada Ho Dikri.’

She is not married yet but she got engaged to her childhood friend Pavan Joshi. 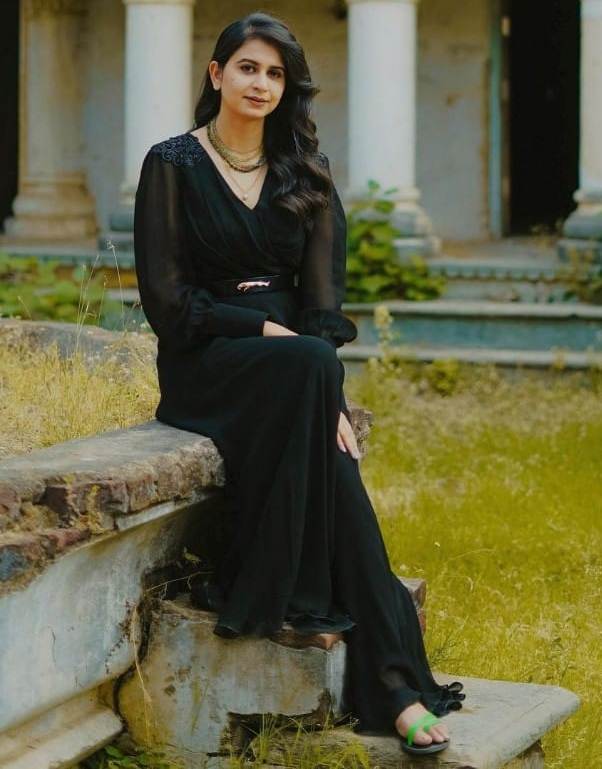 Some Interesting Facts About Kinjal Dave