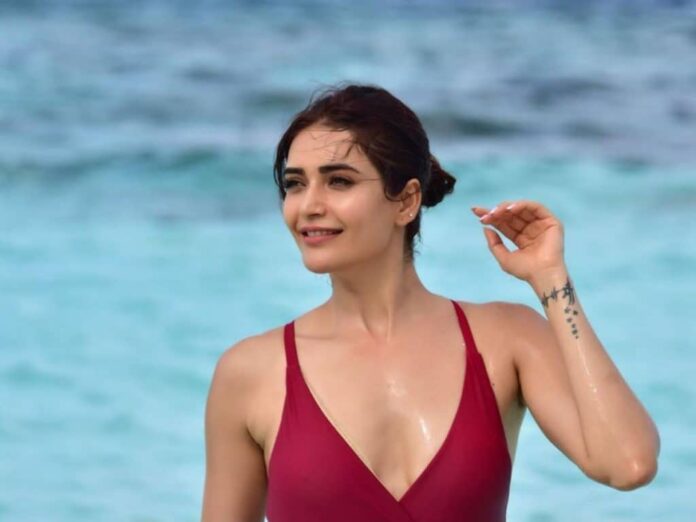 The talented and Versatile, Karishma Tanna is an Indian Actress, Model, and host who predominantly works in Indian Films and Shows and enhanced the audience with her glamourous performances. She achieved fame through an Indian Soap opera ‘Kyuki Saas Bhi Kabhi Bahu Thi’, ‘Big Boss 8’and also won the Fear Factor: Khatron Ke Khiladi show in 2020.

Born on 21 December 1983 Karishma Tanna will turn 37 years old in the year 2020. The Sizzling Diva seems to be tall with a height of 175 in centimeters and 5’9” in feet and inches. She is a well-built lady with body measurements 34 inches breast, 27 inches waist, and 34 inches hips.

Being a gym freak, she seems very fit and healthy and weighs 63 in kilograms and 163 lbs in pounds approximately. Her dark brown eyes color and her black hair make his personality even more Stunning.

According to the sources, the estimated net worth of Karishma Tanna is 7 crores in INR.

Karishma Tanna was born and raised up in a Middle-Class Gujrati family in Mumbai, Maharashtra. She lived with her mother Jasmine Tanna and younger sister Drishma Kadam. Her father died in 2012.

She completed her schooling from her hometown Mumbai and further, she enrolled in Sydenham College of Commerce and Economics, Mumbai to complete her college education.

She started her acting journey at the age of 17 years in a daily soap ‘Kyuki Saas Bhi Kabhi Bahu Thi’ in 2001 as a TV actress. Subsequently, she made her appearance in many popular shows like Kusum, Shararat, Koi Dil Mein Hai, Kahi Toh Milenge, Manshaa, Desh Mein Nikla Hoga Chand, and many more.

She appeared in the Bollywood movie ‘Dosti: Friends Forever’ in 2005 which was the flop. In a TV serial ‘Kumkum Bhagya’ and ‘Yeh Vaada Raha’ she made her special appearance as a dancer. She made her appearance in many reality shows Zor Ka Jhatka: Total Wipeout, Nach Baliye 3, Comedy Circus 1, Zara Nachke Dikha, Kaho Na Yaar Hai, Big Boss 8, and many others.

In Kannada movie ‘I Am Sorry Mathe Banni Preethsona’ she appeared as a lead actress for the first time in 2011. After that, she also worked in some Bollywood movies like Grand Masti, Sanju and Golu and Pappu. She was awarded as ‘Most Fittest Actress’ in 2016. She won the Khatron Ke Khiladi season 10 in 2020.

This Sizzling Diva was in a relationship with many celebrities like Musician Bappa Lahiri, Model Hanif Halal, Restaurateur Rushabh Choksi, and model Upen Patel but she denied such relations. 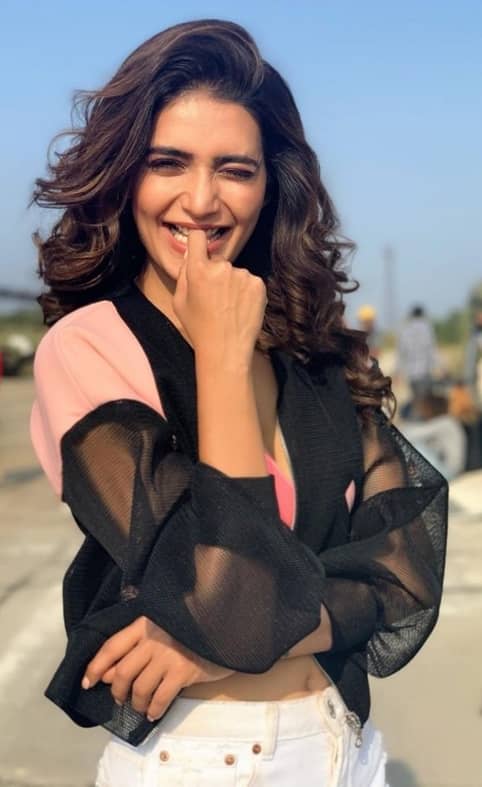 Some Interesting Facts About Karishma Tanna