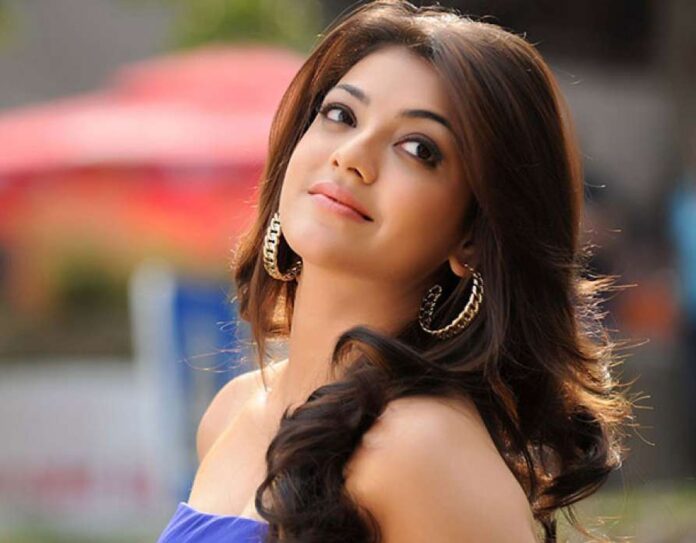 The Stunning Hot Star, Kajal Aggarwal is an Indian Actress who predominantly works in the Tamil and Telugu film Industry. She is recognized for her appearance in South Indian Movies likes Magadheera, Baadshah, Govindudu Andarivadele, Temper, Khaidi No. 150. She also works on Stage shows in India.

This Stunning beauty Kajal Aggarwal seems tall with a height of 165 in centimeters and 5’5” in feet & inches. Born on, 19 June 1985 this beautiful Diva has turned 35 years old in the year 2020. She possesses a healthy and fit figure with a weight of 55 in kilograms and 121 lbs in pounds.

Her body shape is Hourglass which is complemented by her beautiful Black eyes and her silky long Dark Brown hair. She is very conscious about her physique as she maintains herself by doing daily yoga and body exercises and her figure measurements are 32 inches breast, 26 inches waist, and 32 inches hips.

According to the sources, the estimated net worth of Kajal Aggarwal is 66 crores in INR.

She was born and raised up in a Middle-class Punjabi family to Entrepreneur Vinay Aggarwal (Father) and a Confectioner Suman Aggarwal (Mother). She has one sister Nisha Aggarwal who works in South Indian Films.

She completed her schooling from St. Anne’s High School, Mumbai, and completed 10+2 from Jai Hind College, Mumbai. She further enrolled in Kishinchand Chellaram College, Mumbai to complete her graduation in Mass Media in Advertising & Marketing.

During her college days in her final year, she got her first break as an intern with Loreal. Her photographs were sent to South Indian Industry and she got the first role alongside Nana Patekar in South Indian Movie. But she wanted to pursue her education in MBA from INSEAD in Paris.

She started her acting career by making her debut through Bollywood film “Kyun! Ho Gaya…” in 2004. After that, she got a chance to act in Telugu film “Lakshmi Kalyanam” (2007) which was directed by popular director Teja. However, this film didn’t perform well on screen.

She gains lots of fame through her next Telugu movie “Chandamama” (2007) in which she played a lead role. Then in 2009, she got her career-defining breakthrough from the Telugu Film ‘Magadheera’ which is a historical film directed by famous director S.S Rajamouli. She appreciated for her role as Mithravindha Devi/Indira in this film.

This film earned 1.5 Billion against the budget of 350 Million and becomes commercially successful. After that, she featured in movies like Darling, Brindavanam, Mr. Perfect, Businessman, Naayak, Baadshah, Zilla, Janatha Garage, Govindudu Andarivadele, Temper, Naan Mahaan Alla, Maattrraan, Thuppakki, and many others.

She briefly dated an actor Prabhas but both broke up due to some personal reasons. 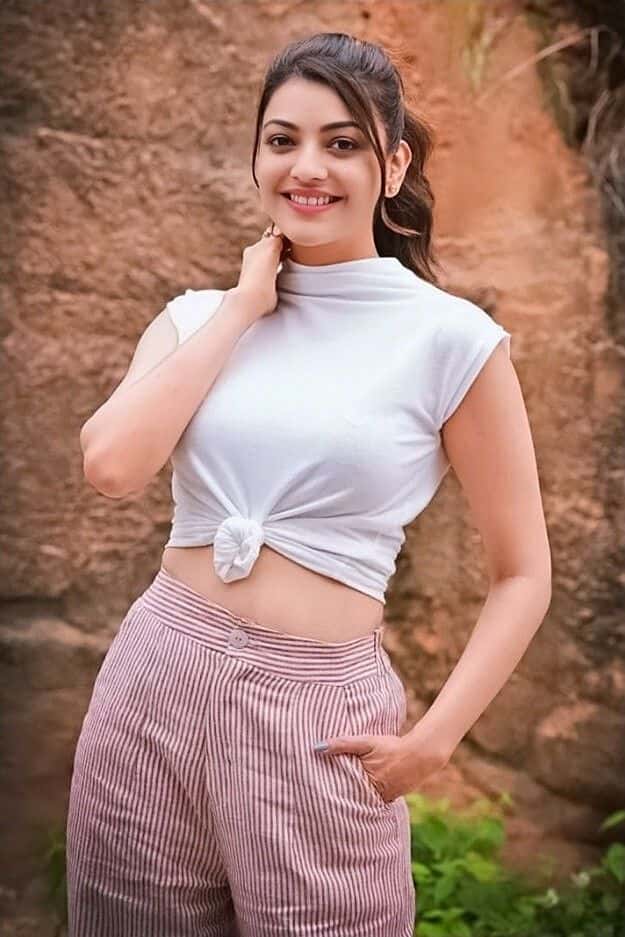 Some Interesting Facts About Kajal Aggarwal