A Baharain born, Sri Lankan actress and model Jacquline Fernandez is known for her work in the Indian film industry. She is popular for her elegant looks and fashion statement. She rose to prominence by winning the 2006 Miss Universe Sri Lanka pageant.

She has portrayed various glamorous roles in many commercial hits. As an endorser, she promoted various brands and products and apart from the film industry actively participates in humanitarian work.

Jacqueline Fernandez stands at an impressive height of 170 cm. Being fitness conscious, she weighs 56 kg approximately. She has a stunning physique with the following body measurement 34-27-35. In August 2022, she will turn 37 years old. She has dark brown color sparkling eyes and black silky hair.

Jacqueline Fernandez has accumulated a net worth of $9 million USD approximately which charges Rs 2-3 crores per film. She loves luxurious cars and her car collection includes Mercedes Maybach, Range Rover, and BMW. Currently, she lives in Bandra, Mumbai in a 3BHK flat.

Jacqueline Fernandez was born on 11 August 1985 to Elroy Fernandez and Kim. She belongs to Bahrain and was raised in a multi-ethnic family. Her father moved to Bahrain from Sri Lanka in the 1980s to escape civil unrest between the Sinhalese and Tamils. She has an elder sister and two elder brothers.

She received her primary education from Sacred Heart School and later went to the University of Sydney to study mass communication. To learn Spanish, French, and Arabic, she was enrolled in the Berlitz School of languages and attended the John School of Acting to receive acting lessons.

Before entering the film industry, Jacqueline Fernandez did many modeling assignments and worked in a Sri Lankan TV show at the age of 14 years. In 2009, she made her debut in Bollywood with Sujoy Ghosh`s fantasy adventure film Aladin alongside Amitabh Bachchan and Ritesh Deshmukh.

She rose to prominence from her appearance in Mahesh Bhatt`s thriller mystery film Murder 2 alongside Emraan Hashmi. She was featured in a commercial super hit “Housefull 2” co-starring Akshay Kumar, John Abraham, and Asin.

Later, she was starred in the multi-starrer film Race 2 with Saif Ali Khan, John Abraham, Deepika Padukone, and Ameesha Patel. Her career came to a turning point when was cast opposite Salman Khan in Kick which was an official remake of a Tamil film with the same name.

In 2015, she made her Hollywood debut with “Definition of fear” which is a British horror film where she portrayed the role of a psychology student. She became a judge of Jhalak Dikhla Ja Season 9. She has performed in many concert tours and award ceremonies.

In 2008, Jacqueline has dated Bahraini prince Hassan bin Rashid Al Khalifa but they broke up in 2011. While working in Housefull 2, she was fallen in love with Sajid Khan and there were rumors about their wedding too but it ended in May 2013. She did not marry anyone yet.

Here we provide you with a list of Jacqueline Fernandez’s favorite things. 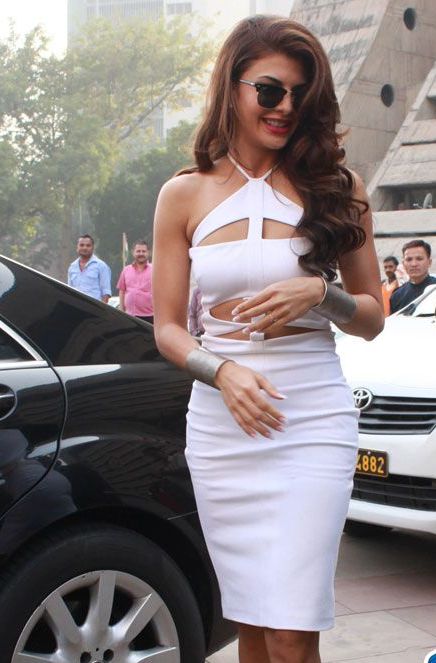 Some Interesting Facts About Jacqueline Fernandez’s