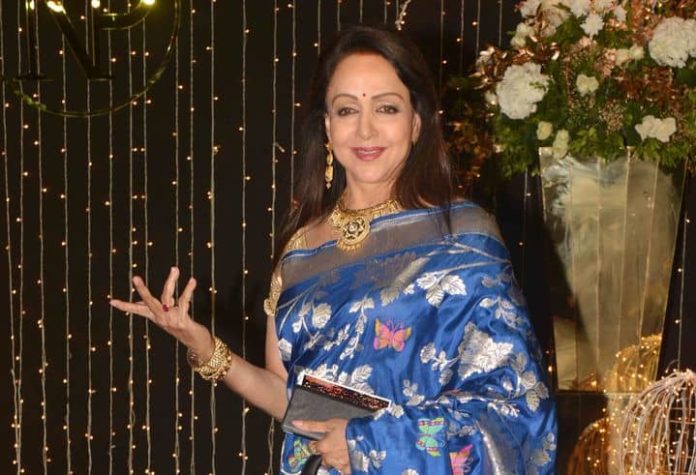 The Dream Girl of Indian Cinema and Evergreen Star, Hema Malini is an Indian Actress and Politician who mainly works in Hindi Cinema. She also works in Tamil movies as well. She has completed 50 years in cinema.

Apart from acting, she is a trained Bharatnatyam dancer and also owns a dance school. In 2000, she was conferred with the Padma Shri by the government of India.

Her body is complemented by her beautiful Dark Brown eyes and her silky long Black hair. Her figure measurements are 34 inches breast, 32 inches waist, and 35 inches hips.

According to the sources, the estimated net worth of Hema Malini is 101 crores in INR approx.

Hema was born and raised up in Tiruchirappalli district, Madras Presidency, India, and belongs to a Hindu family. She is born to her father VSR Chakravarti and her mother Jaya Lakshmi Chakravarti.

Talking about her career, she was more interested in dancing and left her studies in 1961 to debut as a dancer in a regional movie. She started her career as an actress with the Hindi film “Sapno Ka Saudagar” in 1968 alongside Raj Kapoor. After that, she worked with every famous actor of her time and appeared in 15 movies with the Superstar Rajesh Khanna.

She also appeared with well-established artists like Amitabh Bachchan, Shashi Kapoor, Shammi Kapoor, Dev Anand, Jeetendra, Sanjeev Kumar, and many others. Within four years after her debut, she made her place as one of the highest-paid actresses in the industry.

She also went on to work on the small screen and acted in the TV shows Jai Mata Ki and Kamini Damini. She made her debut as a director with the film Dil Aashna Hai.

She joined BJP as an MP in the Rajya Sabha in 2004. In 2010, she was appointed the general secretary of the BJP. She won an election from the Mathura Constituency in Uttar Pradesh in the 2019 Lok Sabha Elections.

She got married to Dharmendra on 2 May 1980 with whom she blessed with two daughters Esha Deol (Actress) and Ahana Deol. Before her marriage, she was involved in a relationship with her co-actor Jeetendra but the relationship could not last long. Famous Bollywood actors Sunny Deol and Bobby Deol are her step-sons. 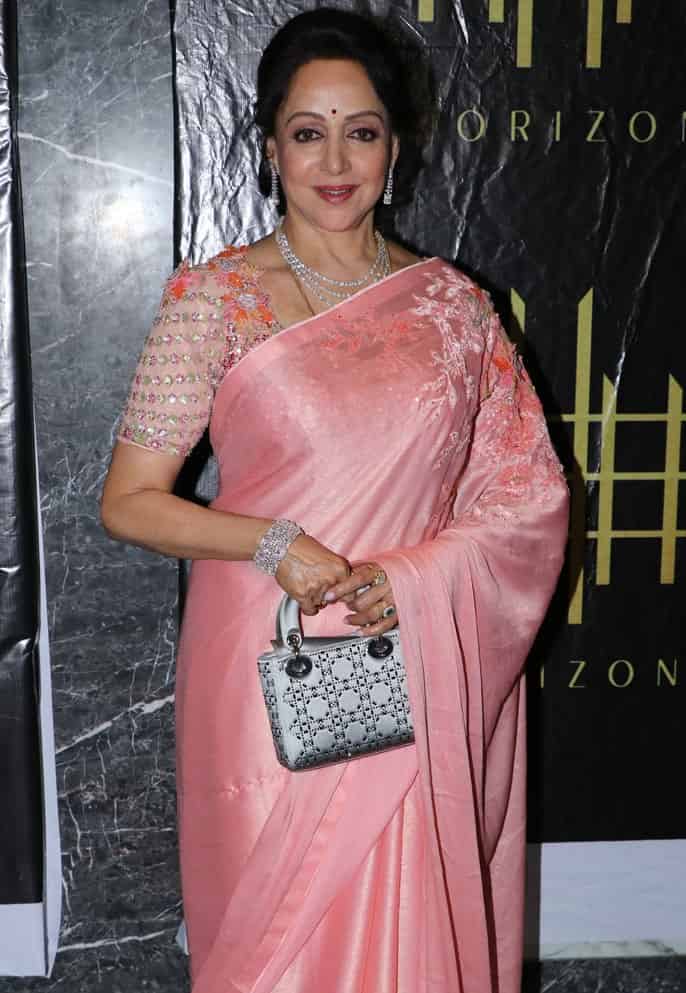 Some Interesting Facts About Hema Malini