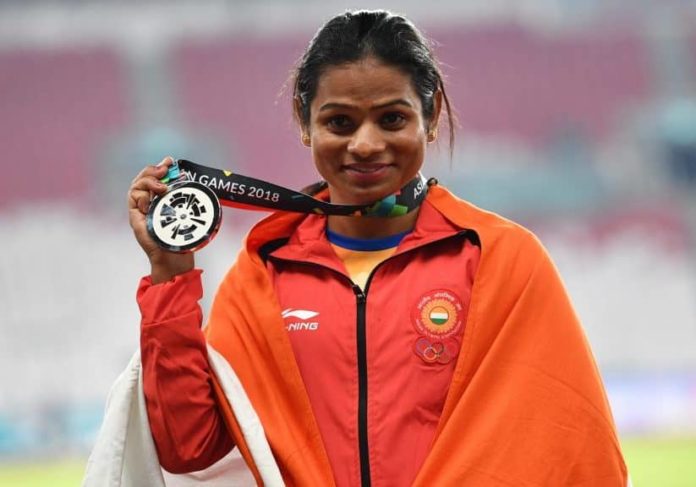 Dutee Chand is an Indian professional sprinter who is the first Indian to win a gold medal in a 100 m race in a global competition. She spoke about being in a same-sex relationship became India’s first athlete to openly come out as a member of the LGBTQ+ community. She has represented India in the Olympics and the Asian Games.

She won silver in women’s 100m at the Jakarta Asian Games and it is India’s first silver medal in this category after 32 years, since PT Usha had won it in 1996. Apart from that, she serves as assistant manager in the Odisha Mining Corporation (OMC)

According to the sources, the estimated net worth of Dutee Chand is between $100k- $1M approx.

Dutee was born and raised up in Jajpur District, Odisha, and belongs to a Hindu family. He is born to his father Chakradhar Chand (Weaver) and his mother Akhuji Chand (Weaver). He has been grown up with a brother Rabindra Chand and 5 sisters named Saraswati Chand, Sanjulata Chand, Anjana ChandPratima, Chand, and Aliva Chand.

As per her education, she completed her schooling fromLocal School of Chaka Gopalpur Village, Odisha, and further enrolled at KIIT University, Bhubaneshwar, Odisha to pursue her Bachelor of Laws degree.

As per her career, she began her career in the under-18 category in the 100m event in 2012. At the 2013 Asian Athletics Championships at Pune, she clinched the bronze medal. She reached the final of the 2013 World Youth Championships and became the first Indian ever to reach the global athletics of a 100 meters final in 2013.

She set the Indian national record clocking in at 7.28 seconds in the qualifier in the 2016 Asian Indoor Athletics Championships and won the Bronze medal in the main event. At the 26th International Meeting at Almaty, Kazakhstan, she broke the 100m National record after clocking 11.24 seconds in 2016.

At the 30th Summer University Games, she became the first Indian ever to win a Gold medal in the 100 m event by clocking 11.32 seconds and was in the lead throughout the race.

She is a lesbian by sexual orientation and she is in a relationship with a 19-year-old girl from her village and was extremely happy in her relationship but she didn’t reveal the name of her partner. 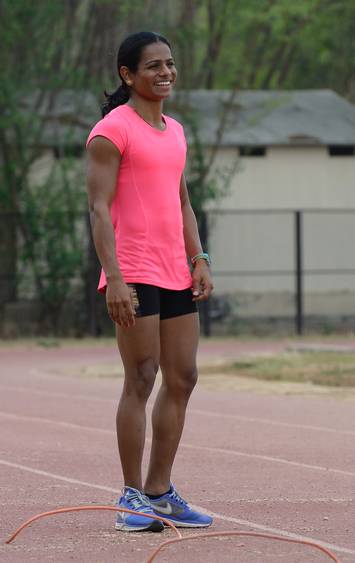 Some Interesting Facts About Dutee Chand