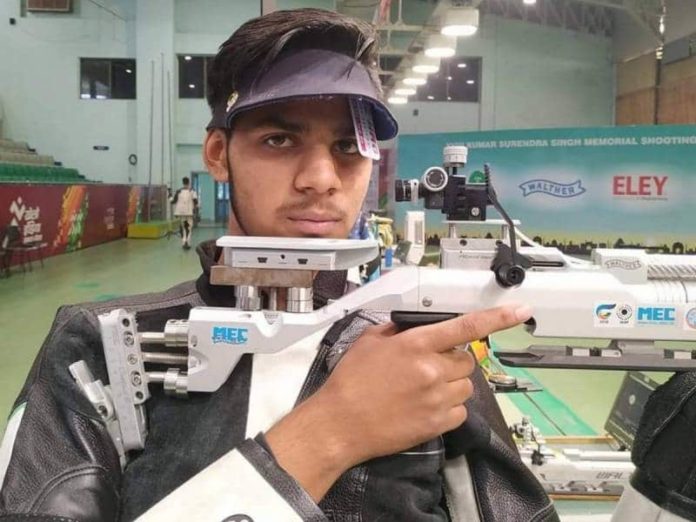 Divyansh Singh Panwar is an Indian sport shooter who won the silver medal in the 10-meter air rifle event at the 2019 ISSF World Cup. He is one of the youngest Indian 10-meter air rifle shooters who started his training in shooting at the age of 12.

He seems very fit and healthy and weighs 70 in kilograms and 154 lbs in pounds approximately. His brown eye color and his black hair make his personality even more glorious.

According to the sources, the estimated net worth of Divyansh Singh Panwar is not known or under revision.

Divyansh was born and raised up in Rajasthan and belongs to a Hindu family. He is born to his father Ashok Panwar who is a surgeon at Sawai Man Singh Hospital in Jaipur, Rajasthan and his mother Nirmala Devi is a qualified nurse and runs a medical store at home.

He also has a lovely sister named Anjali. He completed his schooling at Maheshwari Public School, Jaipur, Rajasthan. However, there is no further information about his education.

As per his career, he won two gold medals at the 2018 ISSF Junior World Cup and won gold in the junior men’s team 10-meter air rifle event. He along with Elavenil Valarivan clinched the gold medal in the junior mixed team event. He won bronze in the 10-meter air rifle junior mixed team event at the 2018 ISSF World Shooting Championships.

In the 2019 ISSF World Cup, he finished 12th in the individual 10-meter air rifle event and also won silver at the same event in Beijing. He won gold in Beijing and Munich as well as bronze in Rio de Janeiro in the mixed team event at the World Cup.

He bagged gold in the individual 10-meter air rifle in the 2019 World Cup Final in Putian. He was promoted to the core group of the Target Olympic Podium Scheme (TOPS) in 2019. 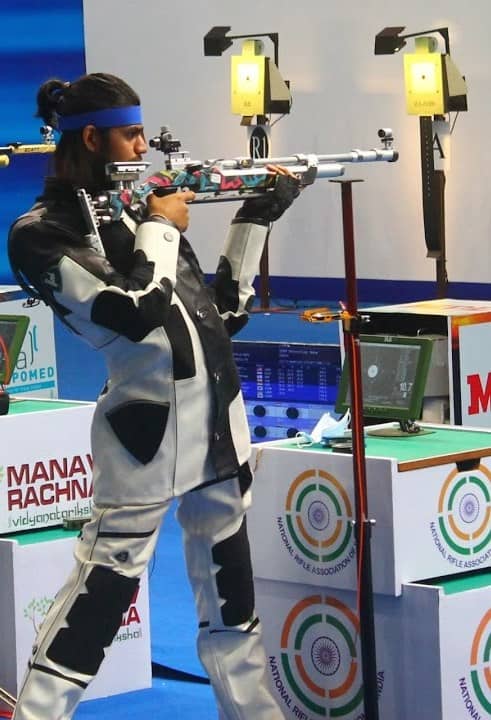