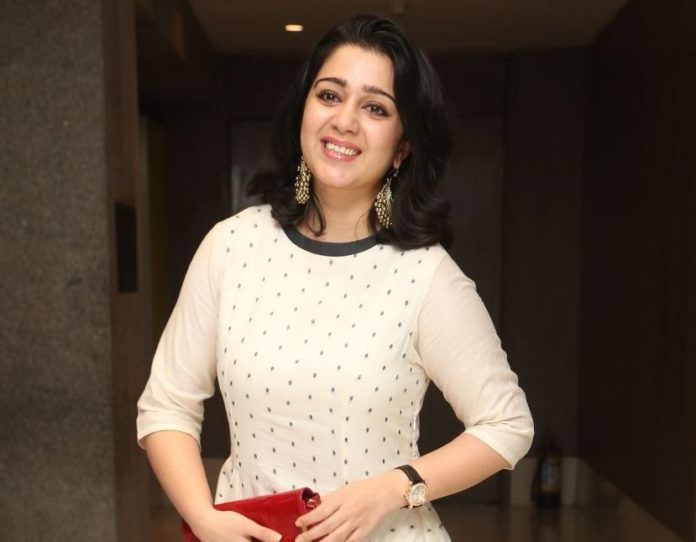 The Sizzling Beauty, Charmy Kaur is an Indian Actress who primarily works in the Telugu film industry. She also starred in Tamil, Kannada, Bollywood, and Malayalam movies. She won two Nandi Awards for her tremendous acting skills. Her close peoples call her the name Vishpu. She is a Co-Producer of the production house ‘Puri Connects’.

This Stunning beauty Charmy Kaur seems tall with a height of 163 centimeters and 5’4” in feet & inches. Born on, 17 May 1987 this beautiful Diva has turned 33 years old in the year 2020. She possesses a healthy and fit figure with a weight of 60 kilograms and 131 lbs in pounds.

Her body shape is Hourglass which is complemented by her beautiful Brown eyes and her silky long Black hair. She is very conscious about her physique and has the figure measurements of 34 inches breast, 26 inches waist, and 36 inches hips.

According to the sources, the estimated net worth of Charmy Kaur is $2 Million.

Charmy was born and raised up in Vasai, Maharashtra, India, and belongs to a Sikh family. She is born to Deep Singh Uppal (Father) and the name of her mother is not known. She completed her schooling at Carmelite Convent English High School, Vasai Road (West), Thane, Maharashtra. She didn’t reveal information about her college and further academic qualifications.

Talking about her career, she made her acting debut in the Telugu film Nee Thodu Kavali in 2002 in which she played the role of a housewife at the young age of 15. After that, she appeared in more than 40 films out of which her notable work includes hits like Mass (2004), Anukokunda Oka Roju (2005), Lakshmi (2006), and Pournami (2006).

Her film Rakhi in 2006 was also a super hit. She acted in Bollywood hit Bbuddah…Hoga Terra Baap in 2011 alongside Amitabh Bachchan.

She was recognized for her roles in movies like Mantra (2007), for which she bagged the state Nandi Award, Manorama (2009), Kavya’s Diary (2009), Mangala (2011), and Gowri. She even produced her first film Jyothi Lakshmi and under Puri Connects she co-produced Rogue.

There is a rumor about her that she is linked up with Music Director Devi Sri Prasad but it is not confirmed yet.

Some Interesting Facts About Charmy Kaur