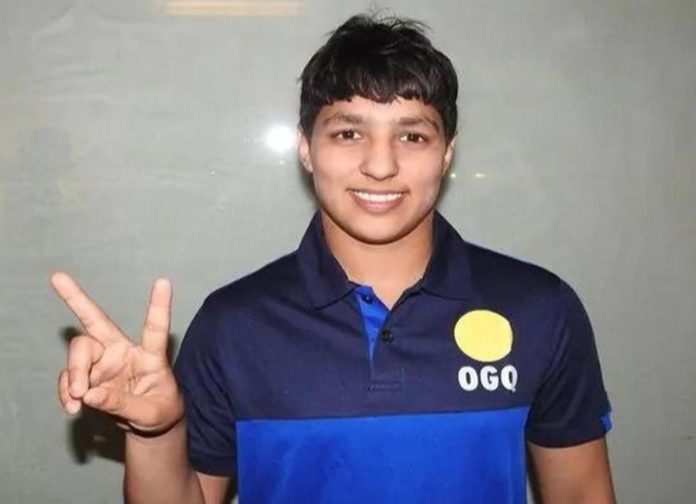 Anshu Malik is an Indian Freestyle Wrestler who represents India internationally in the women’s 57 kg event. She hails from a family of wrestlers as her father was an international wrestler himself and her brother is also a national-level wrestler.

She is mentored and trained under coach Jagdeesh at her school Chaudhary Bharat Singh Memorial Sports School. She bagged a silver medal at the 2020 Individual Wrestling World Cup in the women’s 57 kg event. Currently, she hit the headlines as he is a part of the Indian contingent being sent for the Tokyo Olympics 2021.

Being a Sports personality, she seems very fit and healthy and weighs 57 kg in kilograms and 126 lbs in pounds approximately. Her black eyes color and black hair make his personality even more rocking.

According to the sources, the estimated net worth of Anshu Malik is not known and is under revision.

Anshu was born and raised up in the Nidani village of Jind district in Haryana and belongs to a Hindu family. She is born to her father Dharamveer Malik while her mother’s name is not known. She also has a brother Shubham who is a national-level wrestler.

She completed her schooling at Chaudhary Bharat Singh Memorial School. However, there is no information about her further educational qualifications.

As per her career, she won her first national Gold medal in 2016 in the National School Games and also bagged the Gold medal at the Cadet National Wrestling Championships in the same year. In 2017 and 2018, she defended her Cadet National title twice.

Reflecting on her personal life, she is not married yet and currently focused on her career as a wrestler. 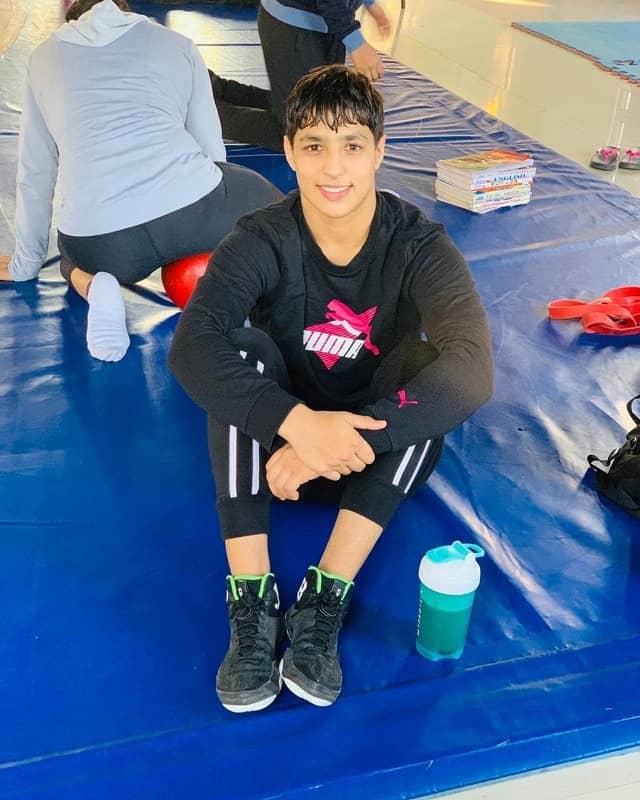 Some Interesting Facts About Anshu Malik