Beautiful is an adjective that every woman wants to be described with, this quote in brief sums up ‘Adah Sharma’, an Indian actress and model who primarily works in the Hindi, Telugu, and Tamil film industries. She is fondly known by the names of Ads, and Rajni Spider by her near and dear ones.

She rose to fame with her debut film 1920 for which she was unanimously praised by critics and delivers a consummate performance. In addition to this, this gorgeous lady has stolen the heart of many people with her stunning looks and acting skills.

She has a cute smile, beautiful looks with an attractive and charming personality. She is the type of person who always loves to challenge herself and maintains her dreams. She arises so much curiosity and interest in the minds of the viewers with her good performance as an actor.

Born on 11 May 1992 Adah Sharma will turn 29 years old in the year 2021. The gorgeous diva seems to be tall with a height of 170 in centimeters and 5’7” in feet and inches. She looks Stunning Hot with her body measurements of 34 inches breast, 26 inches waist, and 34 inches hips.

Being a fitness freak, she seems very fit and healthy and weighs 53 in kilograms and 117 lbs in pounds approximately. Her black eyes color and her black hair make his personality even more Stunning.

According to the sources, the estimated net worth of Adah Sharma is $ 1.1 Million approx.

Adah was born and raised up in Mumbai, Maharashtra, India, and belongs to a Hindu family. She is born to her father Late S.L. Sharma (Indian Army) and her mother Sheila Sharma (Classical dancer).

As of her education, she completed her schooling at Auxilium Convent High School, Mumbai. There is no information about her further educational qualification.

As of her career, she made her acting debut with the 2009 Hindi horror film 1920 and her role was unanimously praised by critics in this film. After that, she appeared in the film Phhir in 2011. After two years, she acted in the romantic comedy Hum Hai Raahi Car Ke. She had two released in 2014, Heart Attack and Hasee Toh Phasee.

She received positive remarks for her performances in those films. After that, she appeared in Telugu family drama S/O Satyamurthy and action thriller Rana Vikrama which was her first Kannada project. In 2015, she appeared in the film Subramanyam for Sale opposite Sai Dharam Tej.

She had three released in 2016, the romantic comedy Garam, Kshanam, and Idhu Namma Aalu which was her first Tamil film. After that, she featured in a sequel to the 2013 film Commando: One Man Army, Commando 2. Later, she appeared in web series titled Pati Patni Aur panga in the role of a transgender woman in 2020.

Reflecting on her personal life, she is not married yet but she is in a relationship with Summit Bahri. 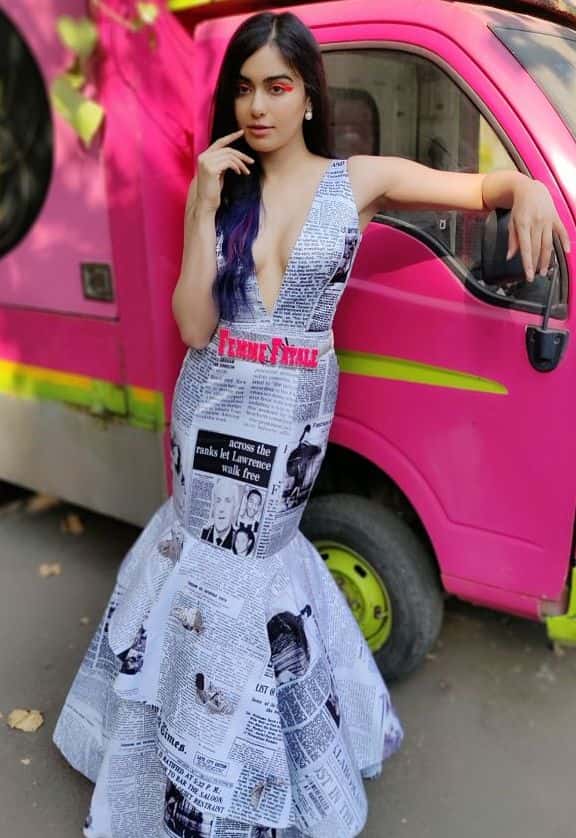 Some Interesting Facts About Adah Sharma